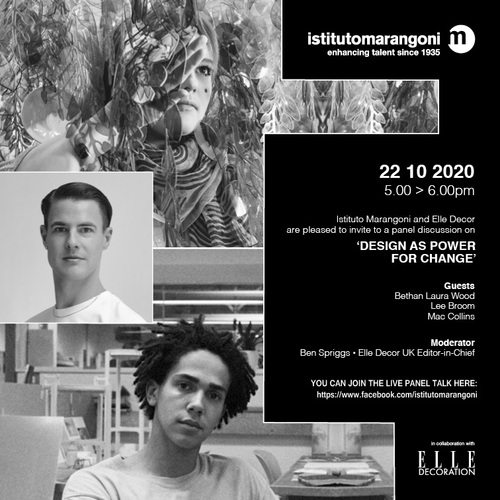 ISTITUTO MARANGONI PARTNERS UP WITH ELLE DECORATION UK FOR A VIRTUAL PANEL THAT CELEBRATES BRITISH
DESIGN AND THE SCHOOL NEW AREA DEDICATED TO DESIGN.

Istituto Marangoni celebrates its 85th Anniversary with a series of special events throughout its network of schools.

Design and celebrating the launch of the newly built design facilities at the London site, in the heart of the Shoreditch Design Triangle. Over the course of eight decades, Istituto Marangoni has seen the blossoming of Italian fashion and design, supporting their development and training young talents who would later contribute to the growth of these sectors.