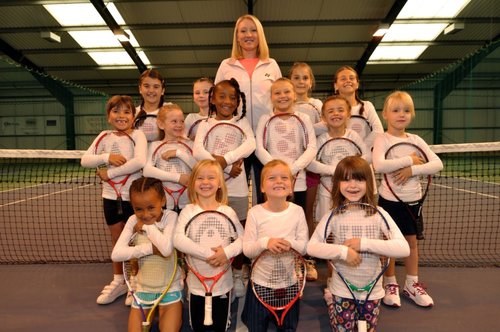 Singer-songwriter Alex Joseph, 34, from Ashby-de-la-Zouch, knew Bally from his time playing on the junior tennis circuit, and remembers the late Olympic athlete fondly from that time. He has created a touching tribute song and plans to donate 50% of the proceeds of sales to the Elena Baltacha Foundation.

The aspiring songwriter, who works for the Tennis Foundation in London, has been writing music for around ten years. He has already written songs to raise money for organisations such as the ITF Wheelchair Foundation, GB Wheelchair Basketball and GB Wheelchair Table Tennis, and when he saw a news bulletin last year about the Elena Baltacha Foundation, and recalled Bally’s heart-breaking death in 2014, he felt moved to write another track that...

The Elena Baltacha Foundation was established in 2014 to support the work that former British Tennis No. 1 Elena Baltacha had begun before she sadly passed away. The Foundation has ensured that the support from the professional tennis world and the general public has been focussed in the right way, and all donations raised from subsequent fundraising initiatives have been put to good use. The Foundation has also provided financial support to EBAT, the Elena Baltacha Academy of Tennis, which was set up in 2012. Elena Baltacha set up her Academy with one goal – to give more children, from all backgrounds, the opportunity to learn to play tennis.