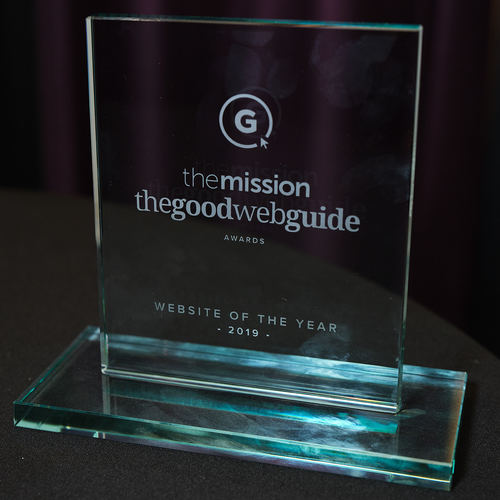 After months of deliberation, the hotly contested Good Web Guide, in partnership with headline sponsor themission, came to a glittering close on Wednesday 20th November at The Royal Institution in London. The event, which was attended by the cream of the country’s online talent, is held annually to honour the very best and most innovative websites, apps and blogs of the year. It rewards excellence in every digital category, covering the luxurious to the philanthropic; the experiential to the ethical; and the stuff of aspirational lifestyle through to that of transformative every day use. The event also bestows the most coveted award of the evening: the Website of the Year.

themission Good Web Guide Awards 2019 were presented by legendary Sky Sports Rugby presenter, Alex Payne, who presided over the ceremony with aplomb and ensured it went with a bang. The awards are greatly anticipated in digital circles, always garnering much social media activity and buzz – and,...