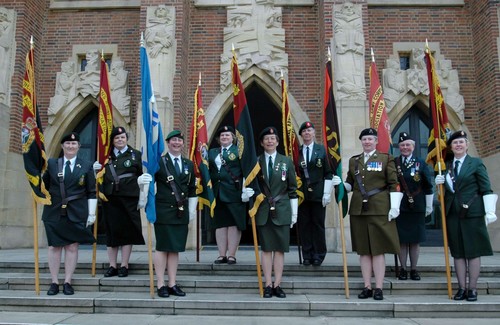 Dame Kelly Holmes MBE and fellow Women Who Served will commemorate on Sunday 8th July at 2pm at The National Memorial Arboretum, Staffordshire

The time is now for members of The Media to meet and celebrate inspirational women who served in WW2!

Celebrations are announced to mark the 80th anniversary of the formation of the ATS, and to remember the essential contribution made by women who served during WW2, including HM The Queen. An act of commemoration and re-dedication will take place at 2pm on Sunday 8th July at The National Memorial Arboretum in Alrewas, Staffordshire.

Members of the media are invited to meet women who served during WW2 and since, and witness a rededication of the ATS Lady statue by Dame Kelly Homes MBE at the WRAC Association plot. Dame Kelly joined the WRAC aged 17 as a Heavy Goods Vehicle Driver in the Women’s Royal Army Core, and then went on to serve as a physical training instructor. She maintains that her...