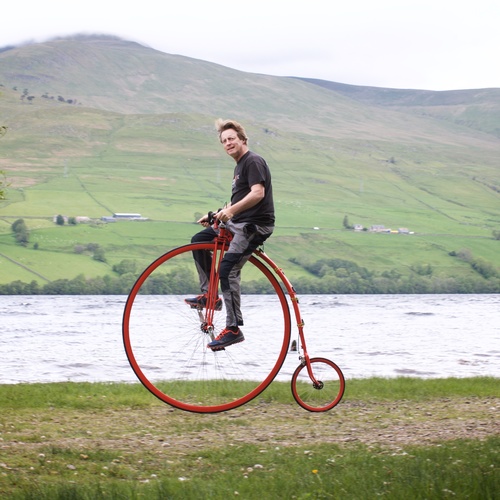 DAVID FOX PITT honoured with an MBE in the Queen’s honours list this year (2019) for his contribution to the adventure challenge industry and charity
Cycle ride aims to raise money for Mary’s Meals a global charity of school feeding projects, feeding 1.4 million children annually in some of the world’s poorest communities. Mary’s Meals is a charity that David Fox-Pitt and his team have long supported

To date David has raised over £40 million for various charities through unusual and eccentric fundraising challenges and sporting events
The goal of the Miles For Meals Expedition is to raise as much money as possible for Mary’s Meals whilst breathing new life into the history of the uniquely eccentric The Penny Farthing by showcasing it to as many people as possible on this...