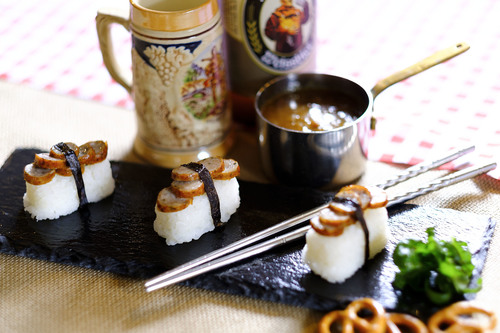 This year, as the Brexit process begins, Yutaka is challenging people throughout the UK and Europe to create sushi that reflects the EU. We have kick-started things with five European favourites that have been given a Japanese twist:

Each of the five recipes is a fusion of European and Japanese cuisine.

We will select our favourite and award the creator of the winning sushi idea a hamper with Yutaka products valued at over £100 and the winning recipe will be featured on the company website. The winner will be...