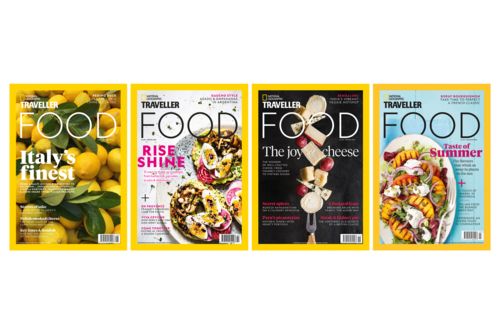 The special-issue series, which launched three years ago, was named the UK’s top food publication at Wednesday’s virtual ceremony, prevailing in a competitive shortlist.

Editor Glen Mutel said: “Winning any award is pleasing, but it feels particularly sweet to win one after such a tricky year or so, during which, like many others, we’ve had to produce several magazines from home while grappling with the logistics of producing food-based travel content during a pandemic.

“During this period, deputy editor Nicola Trup and I, along with the team, have worked hard to stay relevant; to continue to make our readers hungry; to showcase food as a driver of travel; and to emphasise food’s global nature and the importance of understanding what it means to other cultures besides one’s own.

“It’s a great time to be working for a food publication. The competition is so strong, whether it’s from newspapers, recipe-based titles, newsletters, dedicated websites or indie magazines. So, to find ourselves at the top of the tree — even for just this moment — is exceptionally satisfying.”

The award caps an important period for the publication. Last summer, it launched on newsstands, having previously been available as part of a bundle with sister magazine National Geographic Traveller (UK). Then, in January 2021, editor Glen Mutel received a Highly Commended in the Editor of the Year - Food & Drink category at the British Society of Magazine Awards for the second year in succession.