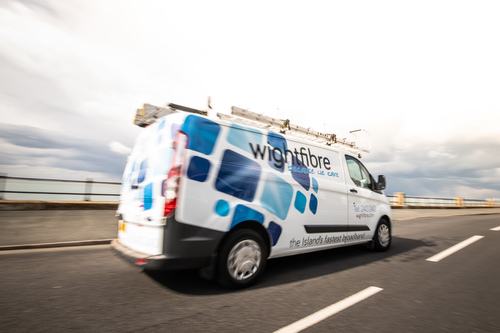 • WightFibre’s entire network is fully optical right into the customer’s home
• The Isle of Wight is now enjoying world class digital connectivity with WightFibre’s state of the art network.

WightFibre today announced the completion of their Big Copper Switch-off a full 10 years ahead of the rest of the UK.

WightFibre has been operating a hybrid fibre-coaxial network (cable) network on the Isle of Wight since 2001. In 2018 WightFibre commenced the rollout of a new full-fibre network across the island. Earlier this year the final few cable customers were upgraded to the new network.

Over the summer the last few phone-only customers were upgraded allowing the old copper network to finally be decommissioned.

WightFibre’s entire network is now fully optical right into the customer premise. Each home has it own dedicated fibre optic cables – no sharing with neighbours – providing world-class broadband speeds.

John Irvine, CEO, said:
“Our big copper switch-off was a major undertaking. For most customers the migration to full-fibre was seamless – their existing phones and analogue devices are supported on the new network with the notable exception of rotary dial telephones – thankfully there were only a few of those.

A small number of customers with very old alarm systems did need to upgrade their alarm systems as these are incompatible with full-fibre. With business customers this extended to some older dial-up credit card machines and fax machines. In many case WightFibre helped with these changes to persuade customers to upgrade.

Overall the process ran fairly smoothly. Our customers love the new network, the faster speeds, and the much-improved reliability.”

BT Openreach has a target date of 2035 for their Big Copper Switch-off with the focus now on the PSTN switch-off (which WightFibre achieved in 2018). This places the Isle of Wight a full 13 years ahead of the rest of the UK helping make the Isle of Wight a great place to live, work and play.

About WightFibre.
Since 2001, WightFibre has owned and operated its’ own telecommunications infrastructure entirely independently of BT Openreach. WightFibre provides phone, tv and broadband services to homes and businesses on the Isle of Wight. Only WightFibre is committed to building a full-fibre broadband network across the whole Island.
The WightFibre Gigabit Island Project will see full-fibre broadband deployed to around 80,000 homes and business across the Island by 2023 and is already available to over 40,000 households. The scale of this significant civil engineering project is reflected in figures that show how 500 Kilometers of trenches will be dug, containing 5 million meters of duct and 750 million meters of fibre-optic cable as this full-fibre, ultrafast and future-proof broadband network continues to roll out across the Island. www.wightfibre.com

Those interested in receiving the new gigabit broadband services can apply online at www.wightfibre.com