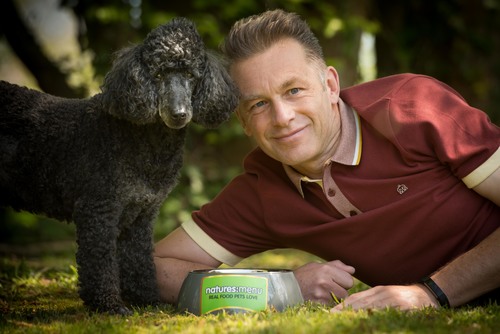 28th April 2017: Natures Menu, the UK’s number one for raw pet food and Europe’s leading expert in raw, is calling for dog owners across the UK to look closely at what they’re feeding their dogs after research revealed 60% of British dogs suffer from health problems.

Research released today* has revealed two thirds of our dogs suffer from some sort of health issue such as allergies, dental or stomach problems. Bad breath is the most common problem (26%) and over 20% admit their dog is overweight. Despite this, over 60% of owners aren’t aware that poor nutrition is one of the leading causes of health issues such as these, which can be vastly improved by changing to a raw diet.

Of the owners surveyed, the research has also revealed a lack of understanding of what really goes into our dogs’ food. Almost a quarter (23%) of dog owners admit to paying little or no attention to what’s on the label of the current dog food they purchase and over 10% say they don’t really know what’s healthy or nutritious for their furry friend. Interestingly, men (32%) are less likely to check the label on their dog food versus women (36%) and similarly women (29%) are more aware of what’s healthy for their dog compared to their male counterparts (27%).

Raw feeding aims to give dogs a diet appropriate to their digestive system and as close as possible to what they might have eaten as wild animals. It has been shown on countless occasions to make an extraordinary difference to a pet’s health and wellbeing.

Craig Taylor, Managing Director of Natures Menu, said: “As a nation, we all care so much about our furry friends and this should extend to what we’re feeding them too. Standard dog food often may seem like it’s the best for your pet, but on closer inspection many contain ingredients such as sugars, meat meals and meat derivatives that just aren’t as healthy or nutritious.

“Raw feeding not only has its benefits in terms of nourishment and easy digestion, but has also been shown to help alleviate a number of health issues, such as chronic skin and digestive problems. If your dog is suffering from any sort of health issue, we always recommend speaking to your vet for advice but switching to raw could really make a world of difference.”

There are a number of factors that point towards a health problem in dogs. Here are the ones to look out for which could indicate an underlying issue, all of which are often easily alleviated by a change in diet:

Produced in Norfolk, Natures Menu’s products are DEFRA and veterinary approved, made with ethically sourced human grade meat and wholesome ingredients. The company is committed to ensuring the meats used come with the highest welfare standards and traceability, are ethically reared, and where possible deal directly with the grower, farmer or meat provider.

TV Wildlife Expert Chris Packham, who feeds his poodle Scratchy raw, said: “I’ve seen a massive difference in Scratchy since switching to a Natures Menu raw diet. He has so much more energy and the condition of his coat and teeth have improved massively. I would really encourage people to check what they’re feeding their dog and take note of any health issues they might be experiencing - I wouldn’t hesitate in recommending a raw diet to any fellow dog owner.”

For more information on feeding raw, please visit Natures Menuor speak to an expert for advice on 0800 0183770. A home delivery service is also available via temperature controlled vans so that orders can be delivered conveniently straight to a customer’s freezer.

*Research by The Leadership Factor conducted in April 2017 with 1,021 respondents.