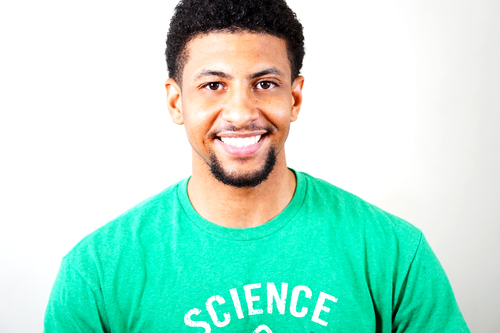 It has been 20 years since the world’s favourite paleontologist accidentally over-bleached his teeth and terrifically terrified his date with his iridescent glow-in-the-dark-smile. Arguably, one of the most iconic episodes from the hit TV Show Friends ‘The One with Ross’ Teeth’ is truly cherished by fans summarising the teeth whitening craze in the 90's.

With home whitening kits bursting onto our screens in the 90’s promoting a whiter and healthier looking smile, Ross Geller’s more realistic teeth whitening experience in Friends showed what can happen when we take teeth whitening too far.

Appropriately aired a few weeks after Halloween in 1999, Ross bleaches his teeth to extreme levels in a bid to impress his date introducing what we now know as ‘over-whitening’ and every teeth whiteners’ biggest nightmare in the 90s.

“There were a lot of misconceptions surrounding teeth whitening in the 90's, and it was very easy for people to bleach their teeth using too much Hydrogen Peroxide,” said Jordan.

“I’d imagine Ross’ teeth were bleached to one of the brightest shades of white on the chart, and I would classify him around an OM2 – which is an extremely high score on our teeth colour charts.”

The Only Way is Teeth Whitening

Known for inventing the Vajazzle, wild parties and Chihuahua’s being transported around in handbags – The Only Way is Essex (TOWIE) premiered on our screens in 2010 engulfing 1.9 million of us into the glamorous world of Brentwood each week.

After showing Jordan Kirk the photograph of TOWIE’s own Joey Essex, Jordan noted “I believe Joey’s teeth are the shade OM3 of white on our teeth whitening charts, even higher than Ross’ bleached teeth in Friends."

Jack Fincham’s boisterous banter and dazzling witty Essex charm this summer on Love Island wasn’t the only thing we were dazzled by.

Viewers were mesmorised by Love Island champion, and Ross Geller double Jack Fincham, whose teeth single handedly caused a 100% surge in internet searches of the phrase ‘Turkey Veneers” and a profit rise of 10% for UK teeth whitening companies in 2018.

Jordan is predicting that at home all-in-one teeth whitening kits are the future, and could potentially replace lengthy or expensive teeth whitening procedures for people who are time restricted.

Discussing teeth whitening trends Jordan noted “Within the 90's, teeth whiteners were not as regulated as they are now, and the results were widely different based on the specific brands people were using.”

“Nowadays a lot of teeth whiteners are regulated and can’t contain more than 6% hydrogen peroxide” – The key ingredient in teeth whitening products.

“We’re predicting that all-in-one kits focusing on removing plaque, improving oral hygiene and giving users whiter teeth will be the future, which is why we have introduced our Diamond series range.”

Developed by dentists to achieve a Diamond smile, users only have to use 5 minutes of their time every day for 7 days to achieve whiter teeth.

White Glo is Australia’s leading teeth whitening brand and the products were originally developed exclusively for actors and models.

Following years of research by dentists, the White Glo products are formulated with the same ingredients used by dentists in clinics to achieve fast, effective results. The advance formulation lifts stains and removes yellowing on the surface of your teeth enamel, without abrasion.