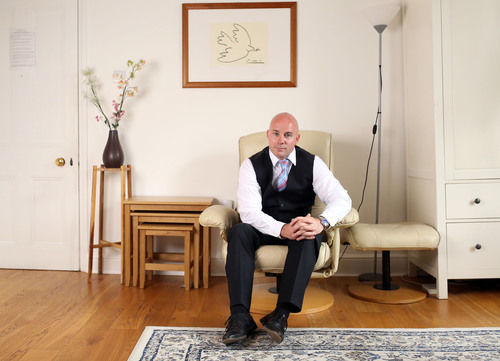 • Approximately 120 million rats will seek shelter in the UK this winter, particularly favouring warm houses with sources of food
• This is especially daunting for the 1-5% of the population who have musophobia, which is the fear of rodents (including mice and rats)
• Harley Street Phobia Guru Adam Cox is predicting extreme anxiety and panic attacks in those that fear rodents

In the UK there are almost twice as many rats as humans, with this reality particularly felt in the winter months. The rumoured 120 million brown rats who live across the country will be seeking shelter against the colder and wetter weather. Recent heavy rain has forced rats above ground, and plummeting temperatures will see them venture towards houses in search of warmth and food.

This represents an inconvenience for most people, something to remain vigilant of. But for those suffering with musophobia, the situation is much worse. Phobia Guru Adam Cox explains:

“The fear of rodents including rats and mice is called musophobia and affects approximately between 1% and 5% of the population. The combination of high rainfall and colder weather will mean that many of the 120 million rats in the UK will seek shelter, many of which will choose buildings such as houses, sheds, and garages.”

Almost 12 million people in the UK have a phobia, with musophobia amongst the most common. The phobia can develop as a result of learned behaviour, particularly from parent to child. The general perception of rats is also a contributing factor. Rats have been infinitely associated with disease and death, particularly since the black plague killed a third of the world’s population in one fell swoop. Pest control companies estimate that call-outs increase by between 30-40% during the winter months. The reality is that humans will always have to co-exist alongside mice and rats and that the phobia can be managed and cured.

More often than not Cox can cure musophobia in a single session, combining NHS-endorsed hypnotherapy with NLP and an immersive therapy option. One such client was Dan, whose musophobia was so severe that he was unable to sleep in his newly purchased flat due to hearing mice and seeing droppings:

“I’d had this fear since childhood, and it was so frustrating to find out that my new flat had an infestation of mice. The pest control people tried to help but I’d still hear the mice and see the droppings, so I’d constantly feel anxious and often wake up at night with panic attacks thinking that a mouse was in my room or on my bed. I had no option but to sleep in hotels and rooms I’d find on Airbnb.”

“After working with Cox in a 90-minute session in Harley Street I just thought about mice in a different way. I was able to think about mice without feeling anxious which was strange. I was able to actually live in my flat and although I only hear the mice very rarely it is now something I can actually cope with.”

Cox acknowledges the heightened need for musophobia guidance during the winter months and says:

“Working as a therapist on Harley Street means many people can’t afford to work with me. To help people during rodent season I’ve created a video specifically to help people cope with severe phobias such as musophobia which is available on the Phobia Guru site.”

To get the free download you’ll need to visit https://www.phobiaguru.com/fear-of-rodents-musophobia.html.

Notes to Editors:
Adam Cox is a fully insured clinical hypnotherapist who qualified with the LCCH, is a member of the BSCH (British Society of Clinical Hypnotherapists) and listed on the GHR (General Hypnotherapist Register) http://www.hypnotherapy-directory.org.uk/hypnotherapists/ada....
Adam has worked with celebrities and CEO’s and is often featured in the UK media.