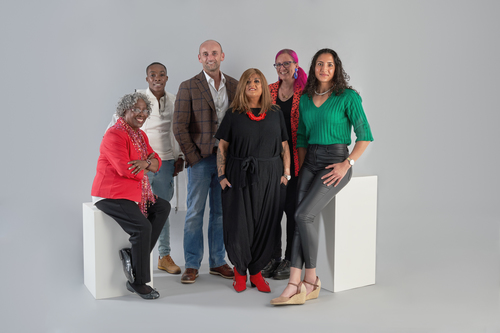 A British entrepreneur is celebrating the incredible stories of five women – each of whom has overcome huge adversity – by launching a range of watches, each named after them. The new Inspiration series from Hagley West takes themes such as inner beauty, strength, rebirth and vitality to bring a unique character to each new model.

Designed personally by founder Tim Hayden, each watch in the range is named after the women that inspired it. With models retailing between 115GBP and 135GBP, Hagley West will donate 5% of its sales to charities selected by each of the women. Available exclusively via the company’s website, the Inspiration range includes the following models:

• The Tulsie – Named after plane crash survivor Tulsie Vagjiani – whose entire family was killed in a 1990 air disaster – this watch represents Power and Beauty. Based in East London, Tulsie underwent more than 50 operations to repair horrific facial burns. Going through this extraordinary ordeal would eventually set her on a path to becoming a campaigner for those with visible differences. An active supporter of the Katie Piper Foundation, her chosen charity for the Inspiration project is Food4All UK. Now in her forties, Tulsie is a motivational speaker, pilates instructor and coach, never happier than when she is giving talks in schools.

• The Lynda – Named after Dr Lynda Ince-Greenaway, who faced discrimination and hardship but went on to gain a doctorate in social care and became a force for good in her local community, this watch represents Faith and Resilience. Lynda’s husband was one of the first black officers in the Metropolitan Police Force and tragically died when she was just 20, while expecting their son. Now living in Stevenage, Herts, Lynda is a qualified social worker and motivational speaker, having overcome poverty, hardship and racism to become a force for good in society. Her chosen charity for the Inspiration project is The Sickle Cell Society.

• The Nequela – Based by the themes of Rebirth and Purpose, this watch is inspired by Nequela Whittaker from Brixton, south London, who overcame her involvement in drug gangs to become an inspirational youth worker. In 2013 she founded Committed Empowered Originals (CEO) a youth service organisation that helps young people make better life decisions. Her chosen charity is CEO Youth Service.

• The Nicola – Inspired by the professional boxer Nicola Barke (known as the ‘Burmese Python’), this watch represents Strength and Agility. A former world title holder in Taekwondo and British number one in kickboxing, Nicola overcame narcolepsy to achieve sporting greatness. She has also coped with the aftermath of a life-threatening car crash before committing to a career in professional boxing. Nicola is also an accomplished academic, having achieved a first in her biomedical science degree. On her road to professional boxing, Nicola held down a demanding, full-time job in banking. Her chosen organisation is Sport in Mind, the mental health sports charity.

• The Sarah – Sarah Graham is a talented artist who creates paintings full of colour and life. The watch named after her represents Courage and Colour, but her story is much deeper. Sarah battled with an undiagnosed bipolar condition for most of her childhood. Having been sectioned in 2017, she has since focused on her wellbeing and is able to manage her episodes. Her career is now flourishing with her paintings gaining global recognition and her artwork seen on rock albums such as The Kaiser Chief’s Souvenir. Her chosen charity is PoetsIn, the creative mental health charity of which she recently became a patron.

Having overcome adversity himself, Tim Hayden founded Hagley West Watches in 2016 and has used the social media channel TikTok to share his own story. Tim suffered from drug addiction, which he beat 15 years ago. He also lost millions due to a company failure in the 2008 recession, before rebuilding his own life and business into the success it is today. Many of his posts generate millions of hits, with a huge audience tuning in to follow his remarkable journey.

Commenting on the business’s success so far, Tim said: “We took Hagley West market just over a year ago, raising 350,000GBP via crowdfunding – which is still a world record for a privately owned watch company!

“The launch of Inspiration is the next major step in our growth, as these watches really demonstrate our values. We think you should ‘love your journey’ through life and this belief forms a big part of the Hagley West brand. These five incredible women really do embody the idea that life is a journey and show us all that with belief and passion, you can overcome anything.”