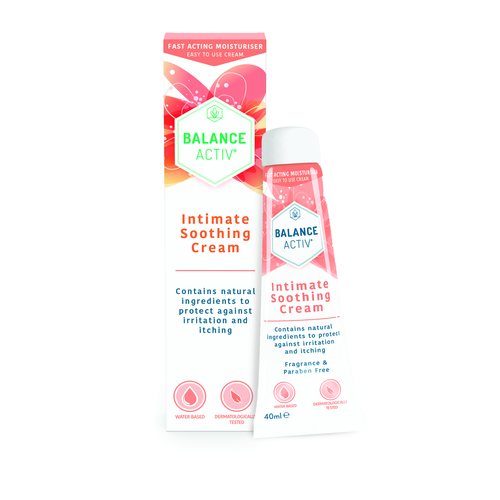 Vaginal health has been hitting the headlines in recent years, but did you know more women in the UK suffer from Bacterial Vaginosis (BV) than thrush . They also suffer more often, typically 3-4 times per year and up to 72% of women will get recurrence of BV within 7 months. Yet very few people have heard of BV and typically treat symptoms as thrush.

Isn’t it time to listen to what your vagina is desperately trying to tell you?
Bacterial Vaginosis is caused by a change in vaginal pH. Bacteria called lactobacilli keep the vagina acidic to prevent other harmful bacteria from growing there. With BV, the temporary shortage of lactobacilli allows bad bacteria to thrive, disrupting pH levels and causing unusual vaginal discharge. BV is a naturally occurring and common condition, it isn’t a sexually transmitted infection (STI) but it can be triggered by sexual intercourse.

So how can you tell the difference?
Experienced Consultant Obstetrician and Gynaecologist Dr. Shazia Malik on behalf of Balance Activ™, a leading women’s intimate healthcare brand, explains, “Unfortunately, the symptoms are very similar to thrush but the treatments should, yet often aren’t, very different. BV comes with the classic itchiness of a yeast infection, so it’s easy for customers to mistake it for thrush.
One of the main differences between BV and thrush is that BV causes a strong and unpleasant fishy odour, that can come on especially after sex whereas discharge from thrush is odourless. Discharge from BV is thin watery and grey whereas from thrush it is white and much thicker. Another tell-tale sign is that thrush can cause pain during sex whereas BV won’t.”

The most common symptoms of BV are:
• Thin, watery, greyish-white discharge that has a fishy odour which gets stronger after sex or abnormally large amount of discharge.
• Occasional discomfort.
• Possible redness and irritation of skin around the vulva.
Here are eight things to look out for that increase a woman’s chance of developing BV and these include:
• Taking antibiotics – Antibiotics can put the vagina at risk of other infections and can kill the good bacteria that are there to defend it.
• Using medicated or perfumed soaps – These aren’t quite gentle enough to leave the natural healthy balance of good and bad bacteria alone.
• Having an intrauterine device (IUD) – IUDs cause heavier and longer bleeding during periods, resulting in a pH imbalance which can in turn lead to BV.
• Having unprotected sex – Semen upsets the vagina’s natural acidity which can cause BV to occur.
• Using antiseptics – These are harsh and can irritate the vagina, leaving it vulnerable to infection.
• Douching – The vagina is a self-cleaning organ so internal washing can upset your intimate areas natural balance, leaving you more vulnerable.
• Menstruation – Blood has a neutral pH, making the vagina less acidic so during and after menstruation is a vulnerable time.
• Pregnancy and breastfeeding – Both pregnancy and breastfeeding can cause hormone fluctuations that alter the pH of the vagina.
So, what is the best way to treat BV?
Dr. Shazia Malik warns that although antibiotics are a therapy option for BV, Public Health England launched a campaign in 2018 to support the government’s efforts to tackle antibiotic resistance. She says, “Evidence also suggests that there is a strong link between antibiotic use later causing thrush, as antibiotics may destroy good bacteria. Women are also increasingly favouring alternative and natural remedies, which are easily available OTC, particularly those with recurring conditions.”

Balance Activ™ is a natural alternative to harsh antibiotics in the successful treatment of BV. Balance Activ gel and pessaries are safe and effective at restoring and maintaining the pH of the vagina and should start to work after just one dose.

About Consultant Obstetrician and Gynaecologist Dr. Shazia Malik
Dr Shazia Malik is a highly experienced consultant Obstetrician and Gynaecologist. She gained her medical degree with Honours and the Gold Medal in Obstetrics and Gynaecology in 1991. Since then, she has trained in Obstetrics in some of the largest tertiary level units in the country. She undertook her specialist training in Cambridge where she was also a research fellow funded by the MRC working with a world famous team looking at abnormal vessel function in women with excessively heavy periods or endometriosis.

She went on to successfully complete her subspecialty accreditation in Reproductive Medicine and Surgery at the prestigious University College Hospital in London (UCH), at which she still remains an Honorary Consultant.

She has also worked as a Consultant Obstetrician and Gynaecologist as a part of the Recurrent Miscarriage team located at St. Mary’s Hospital in Paddington and also as a Consultant in IVF at CRGH, well known as one of the country’s leading IVF units.

Whilst gaining her subspecialty, she continued her interest in Gynaecological Ultrasound at Kings College Hospital and set up he Early Pregnancy and Emergency Gynaecology unit at Barnet Hospital in North London

She is part of a busy NHS team working in both Obstetrics and Gynaecology, as well as one of only a few Subspecialists in Reproductive Medicine offering private Gynaecological and obstetric care.