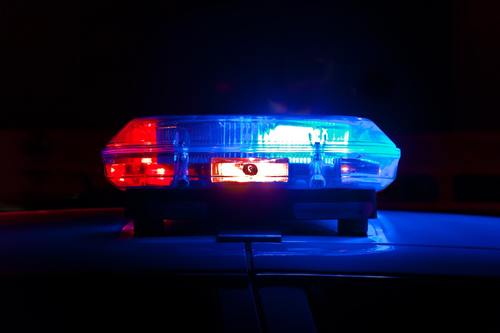 Suffolk Police has successfully piloted online live chat in a revolutionary way to safely communicate with victims of domestic abuse, as part of its ongoing digital transformation strategy. The new live chat support makes use of multiple safety functions, such as a quick exit button which diverts to the BBC and leaves no trace of the interaction in the browser history.

Between April and June 2020, there was a 65% increase in calls to the National Domestic Abuse Helpline, compared to the first three months of that year. This has prompted a new national directive to increase support for victims of domestic abuse. In order to tackle this, Suffolk Police and Futr, the AI driven Chat-as-a-Service provider, ran a pilot live chat solution, before expanding the programme to run a dedicated domestic violence pilot, capable of handling more serious queries.

During the one-month-long pilot scheme, 72.5% of interactions were with new users and 27.5% were returning users, showing the frequency of repeat interactions the force experiences and playing testament to the fact that users found the platform engaging and useful. The average conversation length was 40 minutes, indicating that victims were comfortable having a detailed and in-depth conversation via online live chat.

Rob Jones, Assistant Chief Constable at Suffolk Police, said: “Live chat’s potential is underestimated. When you look at why live chat is often used, so much of it is about taking out transactional work and making it more efficient. Not enough of it is about helping people and victims in terms of emotional engagement. It isn’t just about freeing up expertise to be able to concentrate on other things. It’s also providing experts with a different channel to provide their service really well.”

Continually improving its digital presence is a key objective for Suffolk, in line with the National Policing Digital Strategy 2020-2030, which seeks to harness the power of digital technologies to protect communities in our rapidly changing world. Over the next five years it is estimated that policing in England and Wales will spend between GBP 7bn-9bn on technology alone.

“UK police forces receive over 100 calls every hour regarding domestic abuse, which is only the tip of the iceberg as it is estimated that just 18% of all victims report domestic abuse to the authorities. A lot of people, especially when anxious or scared, don’t want to speak on the telephone - often in a language that isn’t their first language - to someone they don’t know. Our live chat pilot has instant language translation which enables us to explain people’s options better in their first language,” Mr Jones added.

The force also found that live chat interactions helped make assessments using the DASH (Domestic Abuse, Stalking, Harassment and Honour-based violence) risk assessment easier. Users were more likely to share more in-depth information and present that in a coherent way than when speaking over the phone or face to face to an officer. In addition, the live chat log provided a permanent record of interactions which could be attached to a crime report, providing higher quality information than an officer’s notes.

Andy Wilkins, CEO of Futr said: “Live chat is a really valuable tool in scenarios like these. Not only does it allow for untraceable, silent interactions with the emergency services, it also has the benefits of being multilingual and offering a permanent record of a victim’s interactions with the police. For forces like Suffolk, live chat provides a level field where victims receive the same speed and consistency of response no matter how they access the service.”

“We are very proud to have partnered with Suffolk Police on this important pilot and look forward to implementing a permanent live chat support service for domestic abuse victims in the coming months.”