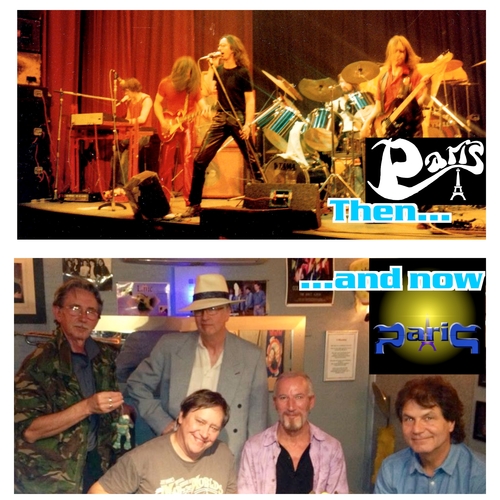 extraordinary events in 2012 brought the band back together again after 30 yrs, and they spent 2013 recording their first album, 'Unfinished Business'

Coventry band Paris, formed in 1978, broke up about 8 years later in frustration. But extraordinary events in 2012 brought the band back together again after 30 yrs, and they spent 2013 recording their first album, 'Unfinished Business', produced and engineered by band members Fran Petiffer and Tim Constable, and mastered by Grammy award winner Roger Lomas. All the members are now in their 50's and 60's, with memorabilia on show at the Coventry Music Museum. More time was spent trying to find a record label or publisher that would take on the project, but nothing prevailed, so they have released it themselves on CDBaby, using the tag "80's music you've NEVER heard before!".

Tim: "When we got together again (in 2012) it was like the last 30 years just disappeared". Danny:" Originally we were just recording them for posterity, but while recording the first four songs we decided on the next four and so on" Pat: "We never fell out like other bands, we just had the right chemistry". Fran: "You're never too old to rock, and if it's worth doing it's worth doing well". Steve: "My 19 year old niece says she listens to hip-hop and stuff at the gym, but everything else is rubbish so she listens to stuff from the 60's and the 70's".

Due to logistics and other music commitments, Paris cannot do regular gigs, but if there is sufficient demand, they may consider putting on some specific concerts.