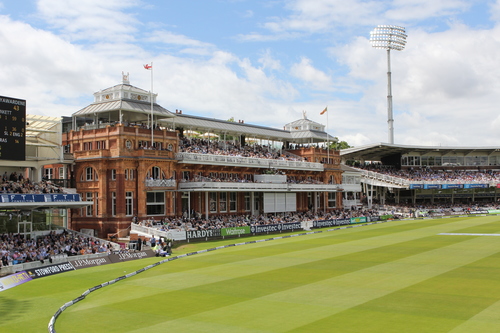 As the cricket season draws to a close, Marylebone Cricket Club (MCC) can report a surge in popularity for guests seeking a full day of luxury hospitality at Lord’s during a Test Match in 2016.

In the Home of Cricket’s most iconic venues - the Captains’ Lounge and Marylebone Suite - hospitality packages which included a hearty breakfast, sumptuous four-course lunch and luxury afternoon tea, sold out quickly for the first three days of the England v Sri Lanka and England v Pakistan Investec Test Matches.

Private Boxes with the best views of the action for up to 18 guests also sold out fast for the same days.

MCC revealed a sharp increase in revenue for its 2016 Sri Lanka Test Match hospitality packages compared with 2014 when the team last played England at Lord’s.

Revenues for hospitality were up by nearly 30% over the same period in 2014 whilst private box sale revenues were up by a healthy 60%.

Nick Kenton, MCC Head of Sales, Meetings & Events and Hospitality, said: “2016 has been a fantastic year for enjoying a day of cricket whilst experiencing the very best food, drink and hospitality that Lord’s has to offer.

“This year’s sales figures show that hospitality packages at Lord’s were in huge demand and continue to be a key part of the summer sporting calendar.”

Lord’s also expects high demand for its new hospitality packages, to be released this autumn for 2017 matches. These include England v South Africa from 6th to 10th July and England v West Indies from 7th to 11th September. Packages for the England v Ireland Royal London One-Day International on 7th May 2017 are also expected to sell out in record time.

For more information on hospitality at Lord’s, please contact the Hospitality Sales Team on 0207 616 8598 or hospitality@mcc.org.uk

MCC is the world’s most active cricket club, the owner of Lord’s Ground and the guardian of the Laws and Spirit of the game. Founded in 1787, it issued the first code of Laws in 1788 and moved to its current home in 1814. There are 18,000 Full and 5,000 Associate Members of MCC.
MCC also has a World Cricket committee, which is chaired by Mike Brearley and contains eminent current and former players and administrators – including Sourav Ganguly, Ricky Ponting and Shaun Pollock. It has a remit to act as an independent think tank, debating issues and making recommendations about the health and state of the game and to commission research.
MCC owns the most comprehensive collection of cricket artefacts and books in the world, housed in its museum and library at Lord’s which is visited by tens of thousands of visitors from all over the world each year.

The current Lord’s Cricket Ground is its third incarnation. The first ever match played at ‘Lord’s Cricket Ground’ came in 1787 when businessman Thomas Lord staged a game between Middlesex and Essex at a newly built ground in what was then known as Dorset Fields.

By 1811, MCC had moved to a new Ground in the Eyre Estate of St John’s Wood. This ground proved unpopular but when plans emerged for the Regent’s Canal to be built straight through it, Thomas Lord gratefully accepted compensation and moved the Ground to its current location in 1814.

About meetings and events at Lord’s

Lord’s has 12 unique spaces which can host meetings, conferences, receptions, dinners and weddings for up to 1,000 people. From the grandeur of the Long Room in the Grade II* listed Pavilion, to the modernity and style of the J.P. Morgan Media Centre, the venue boasts a variety of spaces, many with great views of the pitch. The venue attracts clients from a variety of industry sectors including corporates, associations and agencies.

For more information on Lord’s, visit: www.lords.org
Connect with Lord’s on Twitter: @Lords_Events