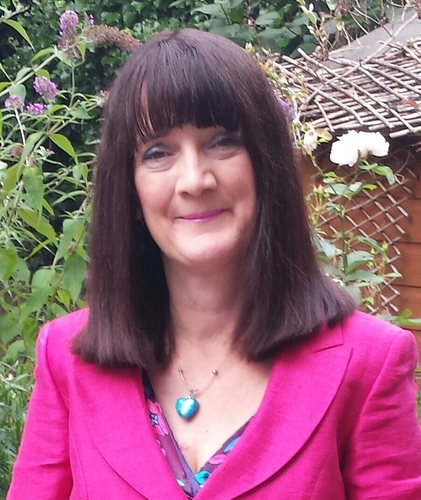 With people spending an average of nine months out of their homes after a flood occurring, I’ve made it my personal mission to help people reduce this

With the first anniversary of the Christmas 2015 floods approaching, the Know Your Flood Risk campaign is today launching a new edition of its free Homeowners’ Guide to Flood Resilience, which has been created by former flood victims, Mary Dhonau OBE and Carly Rose, to provide practical guidance on the steps required to make a home resilient to flood water.

As Mary Dhonau, Chief Executive of the Know Your Flood Risk Campaign explains: “As I see it, this is the antidote to DEFRA’s resilience action plan: the drive from government is that you must protect your property from flood, yet where on earth should people start? We’ve therefore launched a new edition of the Homeowners’ Guide to Flood Resilience, which includes a much-needed design of a flood resilient prototype home that walks readers through all the interventions that can be taken.

Having been flooded myself on many occasions I know just how appalling flooding is and the hardest part is the recovery. With people spending an average of nine months out of their homes after a flood occurring, I’ve made it my personal mission to help people reduce this time and by taking the steps included in the Guide, recovery time can be dramatically reduced.”

Mary has spent the last year interviewing people who have been affected by flooding and who have since made their homes flood resilient.

This includes Mr and Mrs Buttery, a couple from York who have been flooded 10 times and, following a number of resilience measures, can now get their home back to normal within one hour. Another is Sue Cashmore from Cockermouth who, having been flooded several times – including water reaching 7ft in one flood event, has used funds from a Government grant to make modifications to her home, which makes recovery much quicker.

Adds Mary: “Via Know Your Flood Risk, I am on a personal mission to help people be more aware of their risk and take practical steps to become flood resilient. Being aware, having a plan and taking precautions to reduce our own risk is half the battle. Whilst it may not always be possible to stop flood water getting into a home, my hope is that by reading this Guide, people at risk can understand what they can do to reduce the awful aftermath and recover far more quickly than in the past.”

The new Guide is designed to make people aware, prepare and take practical steps to reduce the impact that flooding can have on their lives. It contains the resilient home prototype design, eight new case study interviews with flood victims from affected areas such as Cockermouth, York, Kendal and Leeds, all of whom have put measures in place to prepare for flooding.

In addition, there is helpful guidance on all the UK’s risk management authorities to explain ‘who does what’ in the event of a flood, plus useful overviews regarding Flood Re and the range of property-level products that are today available to homeowners.

The launch of the Guide is in advance of the Environment Agency’s #floodaware fortnight campaign, which starts on 1 November and encourages the public to be aware and prepared for potential flooding.

To download a free copy of the new edition of the Homeowners’ Guide to Flood Resilience, visit www.knowyourfloodrisk.co.uk. For more information, follow the Know Your Flood Risk campaign on Twitter.

About Know Your Flood Risk:

Know Your Flood Risk is a campaign raising awareness of the risk of flooding from all sources - not just from the river, sea, or a visible water course. The majority of flood insurance claims are for surface water flooding where there is no obvious water to alert a homeowner to the potential risk. The Know Your Flood Risk campaign provides essential practical guidance to enable homeowners and property professionals mitigate against and prepare for the risk of being flooded. The campaign supplies a property-specific flood report, which can be used by homeowners to help identify the potential risk, free Guides and a Know Your Flood Risk smartphone app. More information is available at www.knowyourfloodrisk.co.uk.

About Mary Dhonau OBE Hon DSc Hon RICS:
Since 2000, Mary Dhonau has championed flood awareness, protection and resilience and is a passionate advocate of empowering communities to recognise and take responsibility for minimising their collective flood risk. Mary was awarded an OBE for services to the environment in the Queen’s Birthday Honours list in 2009. In December 2014, she was awarded Honorary RICS (HonRICS) status, in recognition of her high profile in standing-up for the public’s interest regarding flooding. Mary was also given the ‘Voice of the Customer ‘award and the CII Public Interest Awards 2015. She was also awarded with an Honorary Doctorate from the University of the West of England in July 2015 for outstanding national contribution to flood risk management.