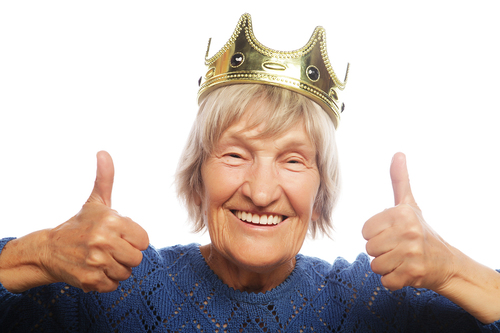 - 42% laugh things off more easily than they used to

LONDON, December 22, 2016 – Companies marketing to the over 50s should take note - 92% of the over 50s have changed attitude to life since turning 50. They are not a push-over: they know what they like and 30% are more assertive than they used to be.

The over 50s seem to have learnt from their experiences and say they have changed their attitude to many aspects of life since turning 50. Over 41% have taken up new sports, 54% travel for adventure and half are more adventurous since they became 50.

Over 1,000 people aged from 50 to 80+ voted in Silversurfers.com’s Barometer survey about their changing attitudes to life. The top 10 changes in attitude for the over 50s are:

50% have become more adventurous
38% say their priorities have changed
37% will only do what they want to do
37% don’t suffer fools gladly
32% are more confident in their abilities
31% only see people they really like
30% make the most of every day
30% have started new hobbies and pastimes
29.5% don’t care about being popular
25% spend more time with their families
23% do more for other people

Over 50s and relationships

71% of the over 50s have changed their attitude to relationships with a stunning 58% saying they’re not afraid to admit they are wrong! 52% say they are more tolerant and 38% claim to be listening to other people’s views more. This supports the Silversurfers Barometer Relationship survey findings in May 2016 which showed that over two-thirds of the over 50s are in happy marriages with a third of them having been together for between 41 and 50 years.
And they are a friendly lot, with 51% saying they’ll talk to anyone when they are out and about and 32% making an effort to meet new people and make friends. They have Joie de Vie: 42% laugh things off more easily than they used to.

And finally, on a seasonal note … which Quality Street is the favourite of the over 50s?
The answer is a resounding “The Purple One”! In a separate Silversurfers.com Poll launched on 21 December in which 931 people took part, 38% voted for the the purple one with the Green Triangle in second place with 15% of the votes.

1,045 people aged from 50 to 80+ voted in Silversurfers.com’s Barometer survey about their changing attitudes to life. 77% of respondents were women.

Silversurfers.com is a unique and informative lifestyle website and social network exclusively for the online community of over 50s. Its widely-used community and social media sites (the largest UK over 50s social media Facebook site with +370,000 followers with average interaction rates up to 1 million people per week and posts reaching over 12 million people.