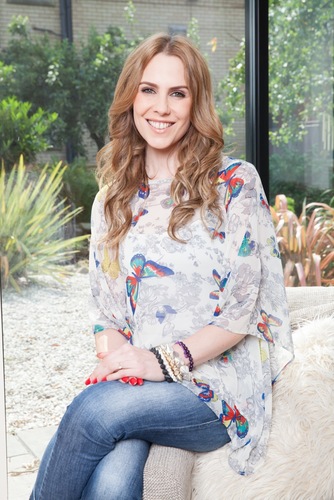 The survey results showed the real impact of burglary, which can have a long-lasting effect on our sense of security and wellbeing.

• Over half of the women surveyed said they felt unsafe in their home after a break-in
• Psychological impact far outweighs the practicalities, with reported consequences including sleep problems, becoming more nervous and anxiety about being home alone
• Almost one in ten homeowners bought a dog for protection following a burglary

Victims of burglary can be affected for years after the event, with women struggling the most, new research shows today.

More than half (56 per cent) of the women surveyed who had been burgled said they felt unsafe in their home after the break-in, while 45 per cent said it had affected their sleep and more than a third (34 per cent) no longer wanted to be in the house alone. Men, on the other hand, were less distressed overall with two fifths (40 per cent) confessing to feeling unsafe after a burglary, less than a third (32 per cent) experiencing problems sleeping and only 13 per cent feeling ill at ease on their own – almost a third less than women.

One in six women (17 per cent) said they had become more nervous as a result of the burglary, with over a quarter (28 per cent) admitting to becoming more likely to mistrust people they didn’t know.

Digging beneath the figures of the survey, some equally worrying details emerge. One woman refused to go on holiday for several years after a burglary because she was so anxious about leaving the house unoccupied, while another was left greatly distressed after finding a burglar’s footprint in her baby’s cot.

The findings emerged from a detailed survey conducted by Everest Home Improvements, which also found that being burgled leads many of us to change our habits almost immediately. The vast majority of homeowners (94 per cent) said they had made changes as a result of the burglary, with around a third upgrading the locks on their doors (36 per cent) and windows (28 per cent), while more than half (51 per cent) said they always double-check their windows are locked since the break-in. Almost one in ten (9 per cent) homeowners bought a dog for protection following a burglary.

Overall the feelings people were left with following a burglary were considered worse than the practicalities of clearing up or replacing things, or even the fact that they were not able to replace sentimental items. Two thirds of women (67 per cent) said the feeling of someone having been in their home was the worst thing about being burgled, while over half of men (52 per cent) said it was having their privacy violated. Some people said they were so badly affected by the break-in that they had to move home.

TV psychologist Emma Kenny explains why it is often the psychological effects that have the most impact following a break-in: “The saying ‘home is where the heart is’ reflects the emotional connection that we feel when we think about the safe haven it provides. Having a space that is filled with our possessions and the people we love makes our home a unique and sacred territory, adding to our sense of personal wellbeing.

“Unfortunately, on occasion, this sense of security can be challenged due to things like burglary, with those affected often feeling that it impacts their overall wellbeing, which makes sense as suddenly a place that felt private and safe has been violated.”

The survey was conducted by Everest to coincide with the recent launch of its advanced GrabLock window locks.

Everest’s Marketing Director, Martin Troughton, said: “The survey results showed the real impact of burglary, which can have a long-lasting effect on our sense of security and wellbeing. It also highlighted that most of us could be more vigilant when it comes to home security. The distress caused by a burglary is not always considered until after a break-in has occurred, yet some simple steps taken earlier could prevent a lot of hassle and heartache later.

“Everest has been helping British homeowners keep their homes secure and warm for more than 50 years and advanced technology such as GrabLock takes that security to a new level, providing virtually impenetrable locks that mean homeowners have the reassurance and peace of mind that their homes are secure.”

Exclusive to Everest, GrabLock has three times more contact area along the locking mechanism than an average window lock. It has been rigorously tested for strength and security, and has achieved the Secured by Design seal of approval – a police initiative to ‘design out crime’ with physical security.

• The first important step is to recognise that nearly everyone experiences a sense of vulnerability after a break-in and to be aware that this feeling will fade over time, so don’t rush into doing anything drastic like moving house.
• Take back control – focus on the things you can do to make your home more secure. For instance, make sure your window and door locks are up to today’s standards, as there are much stronger options available nowadays and just knowing you’ve upgraded them will help you feel more secure.
• Of course, fitting strong locks is the first step – but you have to make sure you use them too!
• Use light sensors and timer lighting to make it look like people are home even when they’re not.
• Crunchy gravel around the house is noisy when people walk on it so it will alert you if someone is outside and will act as a deterrent for anyone trying to gain access unannounced.
• Plant spiky plants under windows such as berberis or holly bushes, which make it harder for intruders to gain access.
• Don’t publicise details of your holidays or prized possessions on social media.
• Disable the location option on your mobile phone so people can’t see where you are.
• Dogs are a great deterrent – just having a ‘beware of the dog’ sign is likely to put potential burglars off your property.
• Finally, remember to focus on the security at the back of your house as much as the front.

The research:
The research for Everest was carried out online by Opinion Matters between 20/03/2017 and 23/03/2017 amongst a panel resulting in 1,003 UK homeowners including 503 who have been burgled. All research conducted adheres to the MRS Codes of Conduct (2010) in the UK and ICC/ESOMAR World Research Guidelines. Opinion Matters is registered with the Information Commissioner's Office and is fully compliant with the Data Protection Act (1998).

About Emma Kenny:
Emma Kenny is a highly experienced presenter and professional, with psychological and counselling qualifications recognised by the British Association of Counselling and Psychotherapy and the British Psychological Society. She is a resident expert on ITV's This Morning and also appears regularly on Good Morning Britain.

Emma will be speaking about the importance of wellbeing in the home and ‘home hygge’ at This Morning Live from 18-21 May at the NEC, Birmingham. For more details, visit: www.thismorninglive.co.uk