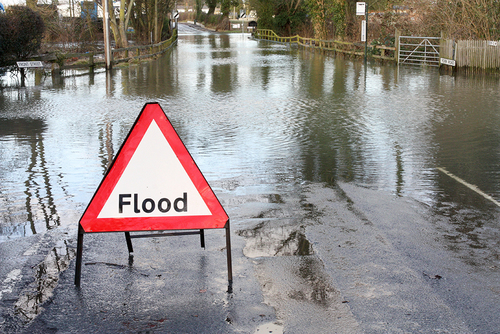 Ten years since the devastating summer floods of 2007, which saw over 48,000 homes affected by flooding*1, the UK population is failing to take adequate steps to understand whether their homes are at risk of flooding, with more than half (53%) of respondents from a YouGov survey confirming they have never checked whether their homes’ in an area officially considered to be at risk of flooding.

This increases to 63% when specifically asking people in Scotland and higher again, 75%, when questioning people in Northern Ireland.

The findings were revealed today in a Landmark Information-commissioned YouGov survey that looked at how perceptions had changed over the ten-year period.

In addition, when asked what their biggest concern would be if they were to find out their home is located in an ‘at risk’ area, 31% said the potential for loss of damage to personal possessions was their main worry.

It’s clear that those surveyed felt that the likes of construction companies, local councils, government and environmental authorities could be doing more to raise awareness and manage defence against flooding with 35% saying their confidence is about the same as it was in 2007. The online survey highlighted that consumer knowledge of how to check whether a property is considered at risk from flooding was limited; 39% said that checking online via Google or other search engines would be their first port of call, followed by asking the Environment Agency (25%) and then asking their local council (13%).

The same number of people also (13%) also stated that they would not know where to turn for this information at all.

In order to help homeowners better understand their flood risk Landmark has launched an updated Homecheck Flood report, which provides clear guidance on a property’s risk of a range of flood types, including coastal, river, surface water and groundwater flooding. It is the only report of its kind to automatically include a manual risk assessment from a specialist environmental consultant should significant flood risk be identified, plus includes the findings on an interactive digital map.

The new report has been adopted by the Know Your Flood Risk campaign, which is backed by Landmark Information, as its flood report of choice.

Mary Dhonau OBE, Chief Executive of the Know Your Flood Risk campaign said: “I know only too well the devastating consequences of flooding having been flooded myself on many occasions. Planning ahead really is the best policy and knowing whether your property is at risk from flooding will ensure that you are better prepared. Being able to access the kind of information that Homecheck Flood provides, for a relatively small cost, means consumers are forewarned; they understand the risk that may face their home and can take adequate measures to make their homes resilient, should the worse occur.”

The Know Your Flood Risk Campaign aims to raise awareness of the risk of flooding from all sources. It is one of the UK’s most recognised online sources for helping people find out the flood risk related to their current or future homes. A free Homeowners Guide to Flood Resilience can be downloaded here.

For more information, visit www.knowyourfloodrisk.co.uk, or follow the campaign on Twitter. The Homecheck Flood report is available from the Know Your Flood Risk website for £GBP30.

YouGov survey:
• All figures, unless otherwise stated, are from YouGov Plc.
• Total sample size was 2,092.
• Fieldwork was undertaken between 20th-21st April 2017.
• The survey was carried out online.
• The figures have been weighted and are representative of all UK adults (aged 18+).

About Know Your Flood Risk:
Know Your Flood Risk is a campaign raising awareness of the risk of flooding from all sources - not just from the river, sea, or a visible water course. The majority of flood insurance claims are for surface water flooding where there is no obvious water to alert a homeowner to the potential risk. The Know Your Flood Risk campaign provides essential practical guidance to enable homeowners and property professionals to mitigate against and prepare for the risk of being flooded. The campaign supplies a property-specific flood report for £24 which can be used by homeowners to help identify the potential risk, as well as confirm whether they will be able to obtain insurance at standard terms. More information is available at www.knowyourfloodrisk.co.uk.