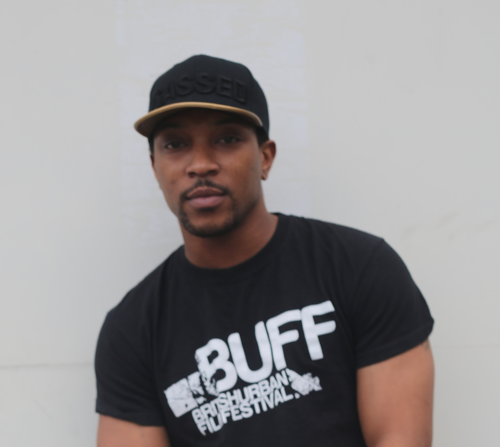 The BT British Urban Film Festival will honour actor of stage and screen Ashley Walters with its’ highest accolade at the BT BUFF Awards on Sunday 10 September.

The BUFF honorary award is given to an individual in recognition of an outstanding and exceptional contribution to film, television or theatre. Ashley will be the third recipient of the award following actor Wil Johnson last year and Richard Pryor (posthumously) in 2015.

Ashley Walters said: "To receive this special honorary award from BUFF means a lot to me. In such a competitive profession, sometimes you look forward so much you forget what you have left behind. This is a welcome reminder. I would also like to say that I share this with my peers and supporters. Without them I wouldn't be doing what I love. Thank you BUFF!".

Emmanuel Anyiam-Osigwe, CEO and founder of BUFF, said: “I’m absolutely delighted that Ashley Walters is to receive the 2017 honorary award. Ashley is one of the UK's most famous faces in a career which has already clocked up 25 years. It has been an incredible 25 years which has seen Ashley star in some of the most iconic TV shows and movies ever made - from Top Boy to Grange Hill, Bullet Boy to Get Rich or Die Trying, it is an unrivalled list of credits which, if you include all the stageplays plus his work as a recording artist, demonstrates his relentless work ethic, the sheer breadth of quality and the massive admiration that i have for him as a trailblazer. The UK should be very very proud of Ashley. He is one of our very best and his career is to be savoured by all who live and breathe the acting game".

Walters appeared on television as Omar in The Young Indiana Jones Chronicles at the age of 10, and as Andy in Grange Hill at the age of 14. His list of film credits includes Montana (which received a BUFF world festival premiere in 2014) Bullet Boy, Get Rich or Die Tryin', Demons Never Die, Life and Lyrics, Sugarhouse, Goal, Fedz & Anuvahood.

The 2017 BT BUFF Awards take place in London on Sunday 10 September from the BT Tower in Fitzrovia.

The British Urban Film Festival was founded by award-winning film exhibitor Emmanuel Anyiam-Osigwe in July 2005. To date, the festival has screened over 500 films, securing broadcast platforms for BAME and urban independent writers, actors, actresses, producers and directors on the BBC i-player, Channel 4, Community Channel and London Live. In September 2015, BUFF launched its’ own awards and honours system to showcase creative talent that has been championed by the festival.

BT’s purpose is to use the power of communications to make a better world. It is one of the world’s leading providers of communications services and solutions, serving customers in 180 countries. Its principal activities include the provision of networked IT services globally; local, national and international telecommunications services to its customers for use at home, at work and on the move; broadband, TV and internet products and services; and converged fixed-mobile products and services. BT consists of six customer-facing lines of business: Consumer, EE, Business and Public Sector, Global Services, Wholesale and Ventures, and Openreach.

British Telecommunications plc (BT) is a wholly-owned subsidiary of BT Group plc and encompasses virtually all businesses and assets of the BT Group. BT Group plc is listed on stock exchanges in London and New York.