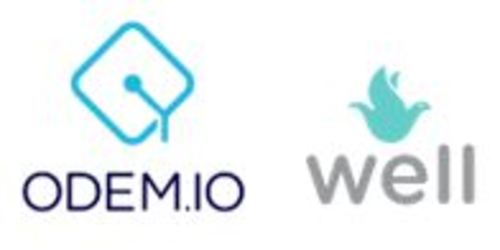 Switzerland-based ODEM sold over 100 million ODEM Tokens in the sale that ended on March 19 2018.

ODEM, creator of the world’s first On-Demand Education Marketplace, is delighted to announce a partnership with WELL to make medical education more accessible and affordable.

ODEM, which aspires to be the Airbnb of international education, is collaborating with WELL by using the blockchain-based ODEM platform to streamline the organization and delivery of specialized medical training courses. The platform will also act as a secure warehouse of medical professionals’ credentials and act as a tool for managing ongoing professional accreditation requirements.

“I’m excited by the opportunity to work with WELL specifically on medical education and patient care,“ says Rich Maaghul, chief executive officer of ODEM. “We’re deploying the ODEM Platform for the cause of advancing the practice of medical care even in the world’s most remote locations.”

WELL was attracted to the idea of partnering with ODEM because of the companies’ shared vision of using blockchain, or distributed-ledger technology, to creatively disrupt their target industries; medicine and education.

“We are glad to cooperate with ODEM in striving to promote high-quality medical education and make it more accessible and modern,” said Ildar Fazulyanov, WELL’S chief executive officer. “We plan to encourage WELL’s senior doctors to share their knowledge with younger specialists. It would be great if the most active on the WELL platform doctors create original educational programs on the ODEM platform as well.”

Switzerland-based ODEM sold over 100 million ODEM Tokens in the sale that ended on March 19 2018. Proceeds will be used to fund ongoing development of the blockchain-based platform. A beta version of the education marketplace is scheduled for completion in the first half of this year.

ODEM is partnering with Cambridge, Massachusetts-based Excelorators Inc. in the design and rollout of the ODEM Platform. Excelorators, with more than five years of education industry experience, has existing relationships with more than 200 professors and lecturers who are likely to become early adopters.

KPMG is ODEM’s legal advisor while SICOS (Lux) S.C.S. has provided ODEM with advice and counsel on the crowdsale and its structure.

For more information please see: ODEM.IO or join the ODEM conversation on Telegram.

About Richard Maaghul and ODEM:

Richard Maaghul is the CEO of the world’s first decentralised educational marketplace, ODEM. He is a seasoned Silicon Valley entrepreneur with more than two decades of direct experience in emerging-and-disruptive technologies. In addition to co-founding ODEM partner Excelorators Inc, Richard has delivered strategic solutions to Chevron Corp and other corporations.

As the Founder and CEO of ODEM, Richard is committed to using blockchain technology to expand student access to affordable, high-quality education and incentivize educators to evolve academic programs through the development of the ODEM platform.

ODEM has an exceptional advisory board, with KPMG Switzerland, SICOS and BlockScience supporting the initiative. ODEM, which aspires to be the Airbnb of international education, is partnering with Cambridge, Massachusetts-based Excelorators Inc in the design and rollout of the ODEM Platform.

Excelorators, established in 2012, has existing relationships with more than 200 professors and lecturers who are set to become early adopters. It has proved that the business model used by ODEM is successful. Over the next 12 months, ODEM and Excelorators expect to generate $10million sales as they transition Excelorators' customer base into a beta version of the ODEM Platform.

WELL is a global healthcare marketplace with a solution built using blockchain technology. It is encompassing telemedicine, biometric devices and telemonitoring to engage and manage patients and at-risk populations.

WELL has built-in their private clinical network of over 1,600 providers covering 49 states in the U.S. and other parts of the world. WELL doctors and specialists speak a multitude of languages including English, Spanish, Chinese, Tagalog, Russian, Hebrew, Japanese, and more.

WELL team craves to make healthcare borderless and more efficient, decreasing costs per visit, organizing educational seminars for medics in rural areas. WELL tokens can be implemented in different digital activities within the platform. For instance, medical workers can earn WELL tokens not only for consultations but participation in educational programs for young specialists.