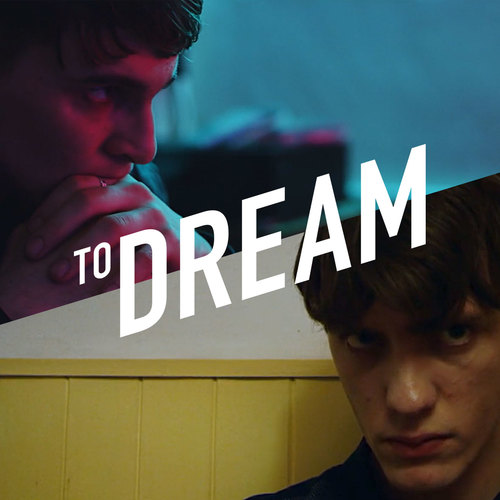 'If you could escape, where would you go?'..


Super Super PR proudly announces the DECEMBER 18TH
UK DIGITAL and DVD debut of 8 x award-winning British film TO DREAM. A hard hitting, coming of age drama about two self-destructive teenagers who won’t let anything come between their friendship and their ultimate plan.


Written and directed by award winning director Nicole Albarelli, TO DREAM is a story about friendship, at a time in your life when that means everything. It’s about the kind of friendship that devours you. Swallows you whole and makes you feel alive. Set against a harsh inner city backdrop, best friends, LUKE (Ed Hayter) and TOMMY (Freddie Thorp), live in an unforgiving part of London. They’ve known each other forever. Having dropped out of school and still living at home, they’re dreaming about what’s coming next.

Their big plan has always been to escape London’s grime and head for an American paradise, where all your dreams come true. It’s a dream that’s helped them escape the harsh realities of growing up in abusive homes and it’s a dream that cements their friendship. Tortured by flashbacks, family secrets and an abusive father, Luke desperately clings to a world that no longer seems to want him. Tommy is the only one who can pull Luke from his shell. Tommy walks a thin line between impish teenage rebellion and falling into a world of serious crime. The only thing stopping him from jumping feet first is Luke and their ultimate plan. When Tommy becomes increasingly threatened by Luke's new girlfriend, NIKKI (Diana Vickers), his dedication quickly turns to desperation.

After witnessing Luke receive another shit kicking from his dad, Tommy decides to fabricate a string of lies with the help of local thug, EASY (Adam Deacon) in a desperate attempt to protect Luke from harm and secure their childhood dream. But loyalty can be a dangerous thing when you aim for the horizon and drive with your eyes shut. So, in one final act of twisted fate, Tommy risks everything...to save the dream. END.

"To Dream is an authentic tragedy, a rarity in how well it threads it all together and while there is a kind of hopelessness to it all, it is nonetheless uncompromising in its finale. Highly recommended" USA REVIEW


ADDITIONAL EDITOR NOTES:
The film touches on many poignant subjects; mental health struggles, bereavement, the line between love and friendship and the underlying question of sexuality.


The raw, outstanding performance from Adam Deacon was delivered during the height of his own mental health struggles.


Nominated for 6 awards and winner of 8, the film was made for just £15,000 and was 90% crowd funded by Nicole herself. TO DREAM is ‘Highly Recommended’ by iTunes.

Nicole's film provide a unique insight into imperfect worlds. She is part of a new wave of female directors who are breaking through into what has been a predominantly male profession. Research shows that between 2008 - 2017 the number of women in directorial roles has jumped from 22% to 29%. Women that are causing this spike are generally involved in the Indie side of the film industry.


DVD SCREENER OF TO DREAM AVAILABLE BY REQUEST.