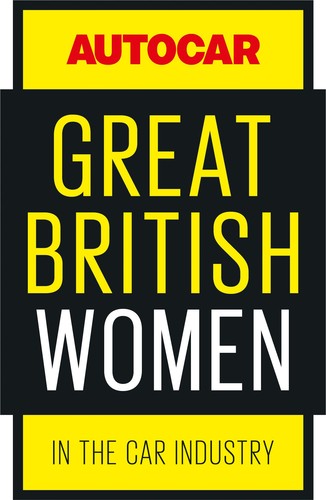 Nominations have opened for the 2019 Autocar Great British Women in the Car Industry – Rising Stars event, which celebrates rising female stars in the automotive world.

The ground-breaking annual industry initiative, which is in its fourth year, will recognise prominent female rising stars at the Awards event taking place on Wednesday 19 June.

Run in partnership with the Society of Motor Manufacturers and Traders (SMMT), Autocar’s Great British Women in the Car Industry – Rising Stars event honours the achievements of future women leaders across the breadth of the automotive sector.

Autocar recognises the top 100 rising women in the industry from a host of categories (listed in full below) including Sales, Marketing, Manufacturing and Vehicle Development, with one overall winner taking home the top award.

New for 2019, the New Mobility and Digital Solutions category encourages nominees who work in a role which may not have existed 10 years ago, with a focus on jobs that are subject to change in the business, whether that be digital or technical innovation. Another category, for apprentices, celebrates women who are just starting their career in the industry.

Haymarket Automotive managing director Rachael Prasher will return to lead the judging panel for Autocar’s Great British Women in the Automotive Industry. She will be joined by a mix of industry experts including Jim Holder, Mark Tisshaw, Steve Cropley and Rachel Burgess from Autocar’s editorial team and the SMMT’s chief executive, Mike Hawes.

Haymarket’s Rachael Prasher said: “The buzz we managed to generate around last year’s Great British Women event stands as a testament to the spotlight that is being shone on the wider discussion around women in the workplace at the moment. Last year we saw a great list of hugely talented females lead the way on the ‘Great British Women’ list, and we expect to see just as high a calibre of ability among the names of those put forward for the 2019 Rising Stars edition of the Awards.

“By selecting these rising stars in key sectors across the automotive industry, we are showcasing the future of the automotive world, which is constantly moving and developing. We are all really excited to see the candidates put forward for the 2019 Award and to find out more about the brilliance of their work in the industry.”

Mike Hawes, Chief Executive of SMMT commented: “SMMT has been a proud supporter of Autocar’s ‘Great British Women in the Automotive Industry’ initiative since its inception. The industry is facing a multitude of challenges and must be at the forefront of these – recruiting and developing the best talent, which is diverse and inclusive, is central to our success.

“Autocar’s ‘Great British Women - Rising Stars’ program is an excellent opportunity to highlight this talent, recognising the improvements industry is trying to make in all areas, from workplace diversity to competitiveness.”

Since launching in 2016, Autocar has alternated its Great British Women event each year to recognise both the most influential women in the industry and rising stars.

Nominations for this year’s Awards must be registered by 23:59 on 17 April, and can be submitted by candidates themselves, or nominated by their peers. Please enter via this link: www.autocar.co.uk/gbwnomination.

Nominees are also asked to submit information on the following topics for consideration: education and career to date, level of influence in their business, future ambitions and how nominees will achieve them, and achievements which will make nominees stand out above the competition. The supporting evidence for each of the criteria set should be no more than 150 words per section and should be submitted through the entry portal.

The shortlisted winners will be revealed at the ceremony in central London on Wednesday 19 June. The afternoon ceremony will run from 1.30pm to 5.30pm and feature presentations from key industry figures (to be announced soon), a panel debate and networking session.

Space for the event is strictly limited, with priority given to winners and past winners. However, a limited number of tickets should be available. Anyone interested in attending the event should contact Autocar at autocar.events@haymarket.com.

Full details of the 2019 Autocar Great British Women in the Car Industry event can be found at www.autocar.co.uk now.

Full information on all categories and how to apply for Autocar’s 2019 Great British Women, please visit https://www.autocar.co.uk/greatbritishwomen/2019

Autocar was founded in 1895 and is the essential news, reviews, entertainment and reference title for car buyers and enthusiasts everywhere.

It specialises in revealing the secrets of new cars, while its famous road tests are used by the industry and consumers alike as the authoritative benchmark.

Autocar’s readers are recognised as the most influential in the UK. The knowledge they glean from the magazine and pass on leads to thousands of car purchases a year.

Meanwhile, Autocar’s YouTube channel has become the most authoritative motoring video site in the world, garnering more than 250 million views and over 650,000 subscribers.

To read the latest news and reviews, visit: www.autocar.co.uk