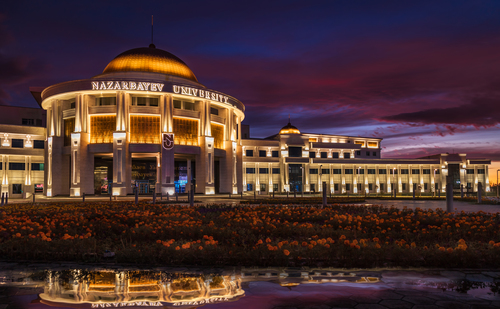 Thus, irradiation with an electromagnetic field frequency of 918 MHz can probably be used in the treatment of Alzheimer’s disease patients.

The scientists are studying how radiofrequency electromagnetic fields could be used in Alzheimer’s disease therapy, selecting a frequency of 918 MHz because it’s commonly used in mobile phones.

Alzheimer’s disease, the most common form of age-related dementia, is usually characterised by loss of memory and dramatic changes in character and behaviour, eventually leading to an inability to carry out normal daily life activities. The cause of the disease is the accumulation of the toxic beta-amyloid peptide in brain tissues, which leads to oxidative stress, neuroinflammation, mitochondrial dysfunction, and ultimately – the death of nerve cells.

The study provides insight into what happens when an electromagnetic field of 918 MHz frequency suppresses oxidative stress triggered by beta-amyloid.

Researcher Andrey Tsoy says: “Building on the work of scientists from the USA, who conducted experiments with the same parameters in a 6-month period, we used human and rat cultures – model cells – and shorter exposure periods of 60 minutes. The results of our studies, obtained by irradiation of cells with an electromagnetic field frequency of 918 MHz in a period of up to 24 hours, confirmed the ability of the electromagnetic field to suppress oxidative stress, which indicates the possible therapeutic effect.

“Thus, irradiation with an electromagnetic field frequency of 918 MHz can probably be used in the treatment of Alzheimer’s disease patients.”

Nazarbayev University’s scientists plan to continue research in this direction and confirm whether these methods can be implemented in the fight against the devastating disease.

For more information or to speak to the researchers, contact Stephanie Mullins at BlueSky PR on smullins@bluesky-pr.com or call +44 (0)1582 790 706.