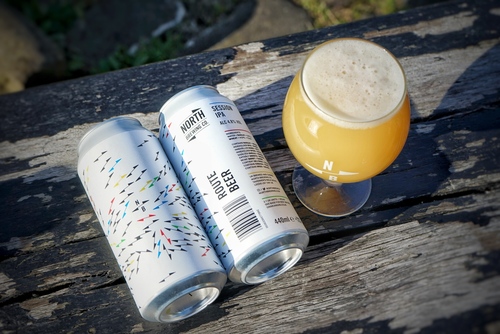 North Bar in Harrogate is celebrating the UCI World Road Championships through a series of events: From hosting British Cycling as their ‘Club House’ venue, to exhibiting an exhibition of cycling flags from designers including Sir Paul Smith, to pouring North Brewing Co’s Route Beer throughout the event.

North Bar were thrilled to be working with British Cycling this year as the organisation’s host venue throughout the UCI World Road Championships. North Bar will be closed to the public until 5pm each day, allowing the friends and family of the British Cycling riders, operational staff and members a space to catch up on races the racing on tv, check in on the scores using the fast Wi-Fi, drink award winning craft beers from North Brewing Co and fuel themselves for the week ahead on locally roasted Darkwoods coffee.

North Bar are further celebrating the races by pouring a brand new Session IPA – Route Beer – throughout the event. Route Beer is a 4.8% session strength IPA and is hopped with Enigma, Centennial and Ekuanot. North Brewing Co are massive cycling fans running a monthly ‘social commute’ through North Yorkshire, have their own cycling collective operating out of North Bar in Harrogate, and their own cycling kit with Paria cycling apparel. Route Beer is available on tap and in cans (with a 25% takeway discount) throughout the races at North Bar.

North Bar will also be hosting ‘Hup Hup Hup’ – an exhibition celebrating the passion of cycling fans through the medium of flags. Curated by Conductor Studio and Hypergram Hup Hup Hup has invited nine leading designers and artists from around the world to create their own flag. Interpreting their passion for cycling in their own distinctive way. The flags will be exhibited in North Bar from 21st – 29th September.