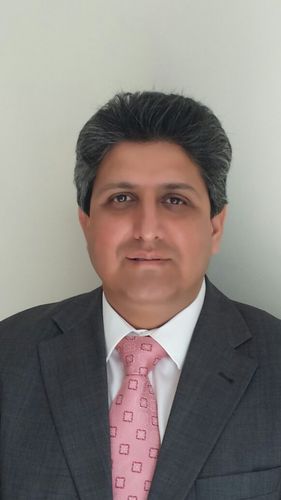 An Open Letter to the Prime Minister of U.K. from the 'so called' NHS Frontline

While I have always admired your intelligence, your single mindedness, decisiveness and power of persuasion, your post hospital discharge video message brought forth two further attributes which many of us had not witnessed earlier: a degree of vulnerability and simple, genuine and sincere words. These are quite endearing in a leader and hope they serve you well in the coming years.

While you and others may think that my NHS colleagues saved your life, this is not something that is in any way extraordinary for us. Most acute hospitals and ambulance services across the country are saving lives of multiple people each day, who are much sicker than you were and we have been doing this silently, day in and day out, for many decades. The best way to repay us is through a well-funded and sustainable health and social care system. While the Covid-19 crisis has suddenly woken everyone up to realise that we need admiration and hero worship, what we really need is a well-funded system and basic amenities to look after ourselves at work. A comfortable chair to sit on during the few minutes of rest we get, maybe a tea kettle that works and some basic cutlery. It would be good if our pensions and contributions did not get messed up unnecessarily and we were not penalised for working harder to support a failing system. However, more of this some other time.

Today what I would like to focus on is our failures in terms of the management of the Covid 19 crisis and our need to learn quickly from these failings. While some would argue that this is not the right time, but having thought about it for a while, I think it is important that we don’t delay exploring these failures and learning fast. We have always preached that the NHS should be a learning organisation and quickly learn from failures and it is important that the right behaviours are role modelled at all levels. I have always believed that the weakest link for a leader is ‘yes men’ and his/her strongest suit is his/her capacity to encourage thought diversity and embrace what may seem a ‘dissenting’ voice.

Firstly, it is important to accept that spread of the virus across the world and within the U.K. to the PM, cabinet ministers and advisors as well as a senior member of the Royal Family is above other issues an intelligence failure. What if this was a bio weapon from a rogue state or a terrorist group?

Our lockdown measures were initiated about 2a few weeks late and we have since been trying to catch our tail. Repeated utterances of ‘we are following the science’ don’t add credibility to the plan. This needs sharing of evidence at each step and how that evidence supports the plan. We could have done this much better.

The PPE shortage and significant delays have highlighted a far from robust strategy, plan and procurement process. This is despite previous pandemic related work and so called extensive preparations for Brexit. We have lost colleagues and no apologies have come forth yet!

The herd immunity saga as well as testing have been both communication and management failures. I would love to be pleasantly surprised at the end of the month to see us reach the target figure quoted by Mr. Hancock but as of now, suffice to say, we have been found inadequate. Countries much less developed than us have managed much better contact tracing and testing. Germany is performing 5 times more tests than we are. Why is that? How can they manage this, and we can’t?

The use of war analogies and rhetoric while useful in some ways is actually damaging on multiple fronts and should be stopped. It has given the system powers to command and control without any transparency and discussion regarding decision making. It is this war rhetoric that has created a mindset that has allowed nursing homes to be surreptitiously treated as hospices and nobody seems to bat an eyelid. It is this war analogy that has led to people dying in hospital without any near or dear ones by their side. This is perhaps the most devastating and cruel effect of our war rhetoric. There is no reason why one should not be allowed to not visit a dying partner or parent with full PPE protection, if one wished to do so. As a society this is a big failure and has been accepted as ‘appropriate’ because of the war mongering.

Last but perhaps most importantly we made a strategic miscalculation at the very outset. Strategically it would have made more sense to utilise initially the armed forces and reserves, rather than the acute hospitals and the already stretched ambulance sector, to look after Covid cases in specific institutions. This was an ideal opportunity to use the armed forced personnel and hospitals to segregate Covid cases from general public and would have worked much better. We need to ask ourselves why this wasn’t done. Managing Covid cases in each and every acute hospital in the country with our current level of cases is strategically and operationally poor and has led to other significant collateral damage and unintended consequences in terms of delays in critical treatments and diagnosis. It will take us months if not years to quantify these and try to minimise the damage, whatever little we can.

In a nutshell, even though some great work has happened, in the main we have done either too little or too late or both.

It would be useful to scrutinise what preparation was done between late December and March and why we have failed on so many levels. This definitely calls for an official inquiry. Moreover, the lack of a genuine apology from your cabinet colleagues for the shambolic way in which PPE has been managed and care homes have been turned into slaughter houses, begs for some soul searching and brings into disrepute the culture within Government. What message are we sending to our health and care workers and society at large?

I hope my words will be received in the right spirit.

I wish you a speedy recovery. I wish you and Carrie all the best for the rest of the pregnancy and best wishes for the new arrival. If the critical illness hasn’t transformed you enough, I am sure fatherhood will.
Yours sincerely

Disclaimer: These are my personal views and don't reflect the views of my employing organisations.

They are based on a national picture and don’t represent the situation in my organisation or region.