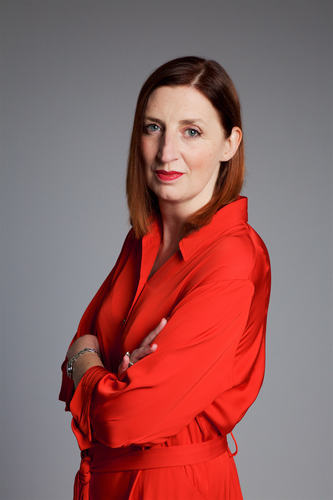 Rose Marley will be joining Co-operatives UK as Chief Executive in January 2021. She joins the trade body for Britain’s co-operative sector at a crucial moment, when the economy is looking to ‘build back better’ from the impact of Covid-19.

The new appointment comes at a time when there is a real appetite for different ways of doing business, with co-ops and other forms of social enterprise well-placed in the post-Covid economy. Co-ops are resilient, with new co-op start-ups nearly twice as likely to survive the first crucial five years as other types of business.1

Co-operatives UK is the network for Britain’s thousands of co-operatives - from high street retailers to community owned pubs, fan owned football clubs to farmer controlled businesses - together they are worth over 38 billion pounds to the British economy.

With a strong background in creative industries, technology, the gig economy and entrepreneurship, Rose is a passionate advocate for social enterprise and values-led business.

Rose said: "I couldn't be more excited about joining Co-operatives UK. There has never been a more important moment to harness the enthusiasm of a new generation for a fairer way of doing business.

“The co-op movement has always been about disrupting the status quo, encouraging people to take responsibility for themselves and others. In the past it was ensuring there was "no chalk in our flour", now it is about digital platforms, or plastic in our environment or a gig economy that denies young people the stability and training they need to establish themselves in life.”

“We have an historic opportunity now to merge co-operative principles with digital technology to create the kind of sustainable, equitable platforms that society needs.”

She continues, “Over the past 20 years as a social entrepreneur I have worked to increase social mobility, give our young people meaningful employment, a start, a chance in life. I look forward to bringing that same spirit and energy to enthusing the next generation of co-operators about the world-changing potential of the co-operative movement."

Chair of Co-operatives UK Don Morris said: “We are delighted to have Rose on board. She brings a fresh approach to the challenges facing entrepreneurs, co-operatives, community business and social enterprise today.

“Yes, they are best known as high street convenience stores. But they are also tech companies, arts venues, freelancers working collectively, innovators, activists and much more. We think Rose will fit right in!”

Find out more about Rose Marley (Biography below)

Co-operatives UK is the network for Britain’s thousands of co-operatives. Together we work to promote, develop and unite member-owned businesses across the economy. From high street retailers to community owned pubs, fan owned football clubs to farmer controlled businesses, co-operatives are everywhere and together they are worth 38 billion pounds to the British economy.www.uk.coop

1The Co-op Economy Report 2020 found that 76% of co-op start-ups are still flourishing after the difficult first five years. Just 42% of new companies make it through to the end of year five.

The annual turnover of the UK’s co-operative sector is up to 38.2 billion pounds - an increase of 340 million pounds on the previous year.

The UK’s 7,063 independent co-ops employ 241,714 people and have over 14 million members who own and have a say in how the nation's co-ops operate

She is currently the chair of the Social Enterprise Advisory Group for the Greater Manchester combined Authority, an RSA Fellow as well as an advisory board member for SODA (School of Digital Arts) chaired by Oscar-winning director Danny Boyle and Executive Producer of Red Production Company & CEO of StudioCanal UK, Nicola Shindler.

Rose has had an eclectic career. Self-employed from a young age, she cut her teeth the music business in the era known as ‘Madchester’ before turning her hand to social enterprise, inspired by the lack of social mobility in the creative industries and in search of something more impactful. Rose was the founding COO of the Manchester City Council developments The Sharp Project and Space Studios, with clients including BBC, ITV, Channel 4 and Sky television as well as a host of independents in tech and creative design.

Rose is renowned for her ability to galvanise community action, not least in leading ‘Manchester Together’ - Manchester City Council’s response to the Manchester arena attack, leading a global broadcast of choirs singing from the steps of the town hall in the first anniversary of the atrocity.

Rose has also worked closely with The Co-operative Group over the years, most recently producing a community led YouTube Live event in lockdown which saw 100,000 people singing on their doorsteps with appearances from top musical artists, partnering with Manchester International Festival. But her business interactions go way back to her granddad’s family funeral business, where she learnt her business skills from a young age, which was sold to Co-operative Funeralcare. The shops are still trading to this day.

As founder CEO of SharpFutures, a social enterprise that aims to get young people into creative and digital careers, she has grown the organisation from concept to a team of 40 and has now designed a blueprint to roll it out nationally.

Rose will remain a board member of SharpFutures and the Chair of the Social Enterprise Advisory Group for Greater Manchester Combined Authority.