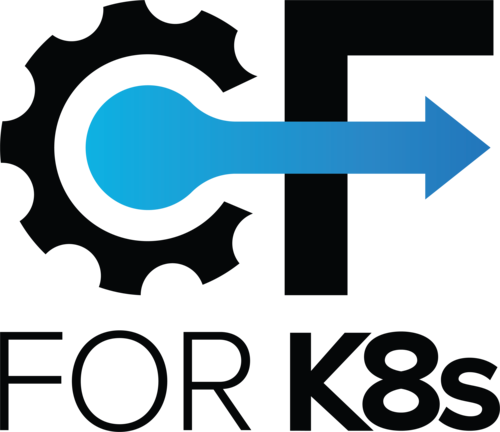 “Today, our community unveils new project releases that mark a turning point for the Cloud Foundry project. Since its inception, the Cloud Foundry community’s mission has been to make developers’ lives easier. This has never been more important, as the rise of Kubernetes to become the de facto standard for modern infrastructure has brought both powerful possibilities and challenging complexities to developers,” said Chip Childers, executive director, Cloud Foundry Foundation. “Thanks to the innovation of the open source community, Cloud Foundry will continue to evolve to give you the full best-in-class Cloud Foundry developer experience wherever you use Kubernetes.”

cf-for-k8s v1.0
Launched in April, cf-for-k8s is a Kubernetes-native distribution of Cloud Foundry. The project blends the Cloud Foundry developer API with popular Kubernetes technologies including Istio, Envoy, Fluentd, and Kubernetes itself. Developers can install cf-fork-8s in less than 10 minutes on any conformant Kubernetes cluster, and is lightweight enough to be deployed on a laptop. Some key features of cf-for-k8s include:
- The Cloud Foundry developer API, including support for the new CF CLI v7
- App staging with kpack and Paketo Buildpacks
- Encrypted communication with Istio and Envoy
- Lifecycle management with Carvel tools like kapp, ytt, and kbuild
- Metrics, log, and event collection with Fluentd

The community has recently added these capabilities to cf-for-k8s v1.0:
- Encrypted in-flight communication
- Support for cf bind-service, cf marketplace and other commands related to the Open Service Broker API
- Support for a range of developer frameworks (Java, Node, Go, .NET Core, etc.)
- Cloud Controller API (CAPI) refactored to use a container registry as its data store

KubeCF v2.5
Donated to the Cloud Foundry Foundation as an incubating project in March, KubeCF is an open source distribution of Cloud Foundry for Kubernetes, packaged as a Helm chart. KubeCF runs all the same software that runs in “traditional” VM-based Cloud Foundry clusters, and the developer experience is identical. From a platform operator’s perspective, KubeCF is deployed and configured using Helm. The new features in KubeCF v2.5 include:
- Production-ready Eirini, supported in commercial distributions of Certified Cloud Foundry, providing users improved stability and closer feature parity with Diego. Eirini significantly reduces the architectural complexity of Cloud Foundry on Kubernetes because user applications run as pods rather than as containers within a Diego pod. In combination with the EiriniX extension framework, Eirini opens the door for more integrations with tools from the Kubernetes ecosystem.
- Container-to-Container Networking and Multi-cluster App Scheduling for Diego
- Enhancements and bug fixes: https://github.com/cloudfoundry-incubator/kubecf/releases

Stratos v4.2
Stratos is a web-based management console, initially intended to manage Cloud Foundry clusters, aimed at fulfilling the needs of both developers and administrators. This new release adds support for both native Kubernetes clusters and Helm chart repositories. It provides a visual user interface to complement the corresponding CLI tools, allowing end users to perform many of their day-to-day tasks straight from the web browser. The new features in Stratos v4.2 include:
- Kubernetes and Helm features are now available in the upstream release (previously only available in SUSE Cloud Application Platform)
- Helm charts: Users can browse any Helm chart repository including embedded documentation, set required deployment values directly in the UI, and deploy applications to Kubernetes with a single click
- Workloads (Helm releases): Users can assess application status more rapidly with a graphical workload viewer that enables rapid understanding of workload resources, relationships, health, and more.
- Ensure robust Kubernetes cluster configuration with cluster and resource analysis tools that detect misconfigurations based on commonly accepted best practices. The embedded Popeye analyzer improves security, performance, and availability in the cluster. Analysis results can be viewed as a report, or as a visual overlay in the workloads viewer for a clear picture of where the cluster is not up to standard.

Read more about Stratos v4.2 in the blog post.

All projects will be discussed in detail at Cloud Foundry EU Summit on October 21 and 22, 2020.

Cloud Foundry is an open source technology backed by the largest technology companies in the world, including Google, HCL, IBM, SAP, SUSE, Swisscom, and VMware and is being used by leaders in manufacturing, telecommunications and financial services. Only Cloud Foundry delivers the velocity needed to continuously deliver apps at the speed of business. Cloud Foundry’s container-based architecture runs apps in any language on your choice of cloud — Amazon Web Services (AWS), Google Cloud Platform (GCP), IBM Cloud, Microsoft Azure, OpenStack, VMware vSphere, and more. With a robust services ecosystem and simple integration with existing technologies, Cloud Foundry is the modern standard for mission critical apps for global organizations.

About Cloud Foundry Foundation
The Cloud Foundry Foundation is an independent non-profit open source organization formed to sustain the development, promotion and adoption of Cloud Foundry as the industry standard for delivering the best experience for developers to companies of all sizes. The Foundation projects include Cloud Foundry, KubeCF, cf-for-k8s, Eirini, Project Quarks, BOSH, Open Service Broker API, Abacus, CF-Local, CredHub, ServiceFabrik, Stratos and more. Cloud Foundry makes it faster and easier to build, test, deploy and scale applications, and is used by more than half the Fortune 500, representing nearly $15 trillion in combined revenue. Cloud Foundry is hosted by The Linux Foundation and is an Apache 2.0 licensed project available on Github: https://github.com/cloudfoundry. To learn more, visit: http://www.cloudfoundry.org.