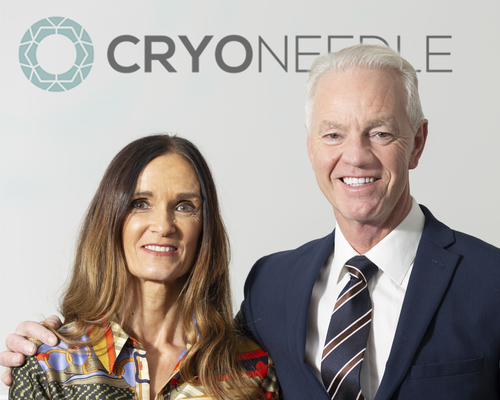 A bereaved couple who have ploughed £1million into eight years of developing technology to fight against cancer are appealing for new backers to boost its progress.

Chris and Maxine Wilson pledged to improve on treatment available after Chris’s dad, Andrew, died aged 85 in 2015. He had been treated for prostate cancer three years earlier and developed complications.

They are now at the helm of a latest testing phase for a patented “Cryoneedle Cryotherapy” device for destroying cancerous tumours – and hail it as a world’s first that can cut down on the need for hospital admissions for some operations.

Pharmaceutical company directors Chris, 60 and Maxine, 58, from Burton upon Trent, Staffordshire, have spent eight years researching, developing and refining cryosurgery and say they have been able to create “significant advantages” over competing systems.

As well as benefits for patients, this also includes potentially saving hospitals, clinics and insurance companies vast sums of money each year through reduced time and cost needed by incorporating Cryoneedle re-useable equipment.

Seeing the success of the Covid vaccine and married couple, dedicated physicians, Ugur Sahin and Ozlem Tureci behind it has become a source of inspiration for Chris and Maxine.

They say the biggest battle and expense has been in securing patents for the Cryoneedle device. In the US, they were rejected three times before a patent was granted. Patents have also been granted throughout Europe. This week a patent has been granted in Canada, eight years after they first applied.

More investment, adding up to £500,000 has come from a business partner combined with a private backer.

Father-of-two Chris said: “This has been a long hard road for us.

“When my dad was so very ill, we weren’t happy with the treatment available and after we sadly lost him, we channelled our energy into researching how things could be done differently.

“We embarked on what has been a very challenging journey of fighting to keep our vision alive and getting in front of the right people. Investing such a sum and adding more, significant investment was obviously massive for us.

“We did this after we were introduced to the world of cryogenics through connections we built and we also worked really hard to go through the whole patenting process. We never imagined the journey that lay ahead but as patents have now been granted, we can see how far we have come.

“We have worked around the clock and forced open doors that had been shut to us. to see the global impact of the new Pfizer anti-Covid vaccine and the story behind it helps us know we can get where we need to be and are on the right track.

“Now we are looking to forge a new partnership or backing from a major company to help take this forward to the next stage.”

Cryosurgery can be used to treat cancers considered inoperable or that don’t respond to other treatments.

Although it is an established method of destroying cancerous tumours, Chris and Maxine have pioneered an approach they say builds on past Cryosurgery methods to significantly improve on them.

“Our new system differs from older versions as it uses vacuum for safety and, more importantly, removes potential risks linked to current systems because they use gases which can carry an inherent danger.

“Cryoneedle can reduce recovery time, shorten hospital stay or eliminate hospital admissions for some operations. Secondary treatments such as chemotherapy can be started earlier giving the patient a better chance of recovery.”

More information about the uses and advantages of the new technology is available at http://www.cryoneedle.com

This press release was distributed by ResponseSource Press Release Wire on behalf of Nurture Media in the following categories: Health, for more information visit https://pressreleasewire.responsesource.com/about.