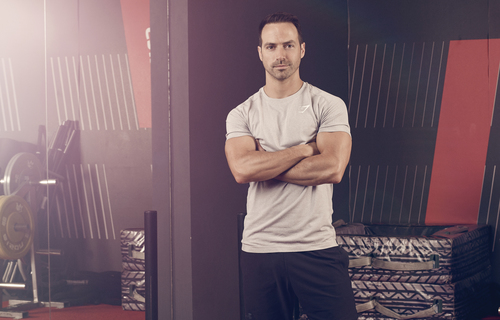 Research shows that 80% of people who make New Year resolutions will have abandoned them by the second week of February. The fix, according to former Men’s Fitness magazine editor and creator of the New Body Plan fat-loss system Jon Lipsey, is to use a few simple tricks that mean you don’t have to rely on grit and willpower when trying to build healthy habits.

“We all know that if you want to get fitter and healthier then eating broccoli rather than biscuits is going to help. And it’s no mystery that if you want to get in shape then going for a run or working out at the gym trumps sitting on the sofa. What people are less sure about is how to curb their biscuit cravings or how to muster the motivation to turn up at the gym in the first place. The good news is that there are a few simple things you can do that take the grind out of a New Year resolution.”

Here are Lipsey’s top seven tips to make getting fitter and healthier in 2021 easier than ever:


Give new habits a piggy back
Want to create a healthy new habit? Then piggy back off an existing one. Let’s say that you’re struggling to remember to take a multivitamin pill in the morning. If you can find something that you already do each morning without thinking, such as sticking the kettle on to make a cup of tea, you can use that automatic action to establish the new one. Just keep the vitamin bottle next to the tea bags and take the pill when you first make a brew.

Forget perfection
If you’re chasing perfection then you’re setting yourself up for failure. It’s too hard and it’s also not necessary. Eating healthy food about 80% of the time is likely to be enough for you to start seeing results. If you can nudge that up towards 90%, you’ll be flying and feeling amazing. All you do when you shoot for perfection is pile on the pressure and make yourself feel like a failure for having one tiny square of chocolate.

Identify patterns
You’re more predictable than you realise, so there’s probably a pattern behind the behaviour you’re trying to change. And when you identify the pattern, you’re halfway there to changing the habit. If you think about things you do that you might want to limit while you’re on a fitness kick, such as eating chocolate, ordering takeaways or drinking beer, it’s likely that you do them either on the same day each week or at the same time of day, or when you’re in a particular emotional state.
Let’s use takeaways as an example. You might be in the habit of ordering a takeaway curry every Friday night and you wash that down with a few beers. If that’s the case, once you’ve identified the pattern you can plan in advance how you’re going to adjust your behaviour. You could, for example, say to yourself that for the next eight weeks that you’re following a body-transformation plan, you’re going to put the cash aside that you would have spent on the meal and then buy yourself something special as a reward at the end of your workout programme. In the meantime, you could also decide to make a homemade curry on Friday nights so you still get the spice fix while simultaneously upgrading your cooking skills.

Don’t sweat slip-ups
You can’t un-eat a biscuit. But you can sabotage your progress by beating yourself up about that biscuit because negative emotion will sap your motivation. Instead, dust off those biscuit crumbs and focus on a positive step that you can take towards your goal, such as completing your next workout. And once you’ve taken that step, celebrate the mini win, because that simple act will provoke a chemical reaction in your brain that makes it easier to repeat the positive behaviour in the future.

Use visual cues
If I put an open packet of sweets in front of you, you’re going to be more likely to eat them than if they were tucked away in a cupboard. But this isn’t about keeping your treats under lock and key. It’s about visual cues influencing behaviour and you can use that to your advantage when creating positive new habits. If you intend to go to them gym, write yourself a note that says something like, ‘Gym, 8am’ and leave it on your desk or stick it to the fridge - basically leave it somewhere you’ll see it multiple times a day because the more you see it the more likely you are to do it.

Focus on ability not motivation
It doesn’t matter how fired up you are about getting fit, if you’re not sure how to do it your motivation will soon wane. That’s why it pays to follow a proven plan because a good plan, created by an expert you trust, is basically like a roadmap to your goal. The reality is that if you want to make a significant difference to your health and fitness and you’re not following a plan then you’re going to struggle. That may sound harsh but I can’t think of a time when I’ve seen someone get great results without following a structured and progressive plan. To pick the right one, go for something with proof that it works, something that’s aimed at your ability level, and something that feels like it was made for you.

Schedule your workouts
The biggest thing you can do, once you have your plan, is schedule your sessions in advance. Every Sunday, spend a couple of minutes working out when you can train the following week and write those sessions into your diary as if they were immovable work commitments. If you start the week with a vague notion that you’ll do three or four workouts at some point or when you get the chance, life will get in the way and those sessions will get missed. But if they’re written down in your diary then they’re going to happen.

Jon Lipsey is available to provide expert comment on any health and fitness stories.

New Body Plan founder Jon Lipsey is an award-winning journalist, bestselling author and the former editor-in-chief of Men’s Fitness magazine. He has over 15 years’ experience in fitness media and has acted as a brand consultant to leading industry figures such as The Body Coach, Joe Wicks. He has appeared as an expert on both TV and radio and in the national press and has acted as an ambassador for global brands including Visa and Procter & Gamble. In 2018 he lost 10kg of fat in just eight weeks to appear on the cover of Men’s Fitness after completing his own New Body Plan fat-loss transformation.