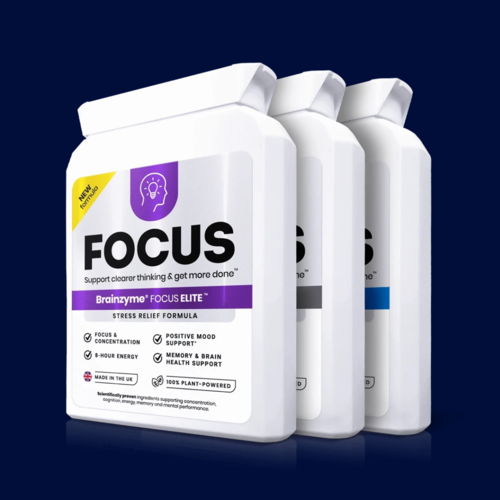 Brainzyme certainly helped my work, as it helped me focus and increased my mental energy.

Brainzyme Focus is the UK-made range of brain supplements that has 5-star reviews from 80% of customers, including reviews from medical experts, key workers, NHS staff, other working professionals and the media.

Many Brainzyme reviews from the past year mention that customers have felt that the supplements have improved their performance whilst working or studying at home during the lockdown. Getting work done at home can be challenging with so many distractions around, and reviewers have found that Brainzyme has helped them get a lot more done during these challenging times.

Nicola from Chester, England said: “Working from home for a year has left me lacking in motivation, I stopped exercising, couldn’t focus on my work and I was sliding into a bad place. Using Brainzyme has helped me massively, I feel energised, motivated and happier!”

Lydia, a student at the University of Edinburgh, said in her Brainzyme review: “Brainzyme certainly helped my work, as it helped me focus and increased my mental energy.”

Brad from Great Harwood, England said: “I’ve finally found something to give me the boost I’ve been after. I’ve definitely gotten my edge back and realise just how bad my brain fog had actually got.”

Holly from Droitwich, England said: “I was struggling from awful brain fog, memory loss, migraines and dizziness. The Brainzyme Focus Pro has been an absolute life saviour and relieves all symptoms within 1 hour of taking them. A massive massive difference when nothing else even came close to helping!”

Sharon from Glasgow, Scotland said: “Just what I need to give me energy and a calm focus for remote studies. They do exactly what it says on the box.”

Abi from the ADHD Focus Project tried Brainzyme for a week, and said: “With a clearer, calmer mind I managed to squeeze in the same amount of activity, but arranged in a much more harmonious and manageable way.”

Brainzyme has been compared very favourably against other popular focus-boosting brain supplements and nootropics. In his video titled The Top 3 BEST Nootropics in 2020 for Boosting Your Focus & Mood, Keshav Batt describes how he likes to take Brainzyme to avoid his usual afternoon slump and rates Brainzyme Focus Elite as “epic.”

Several medical experts have also found the supplements useful and have expressed their opinions in their Brainzyme reviews.

Christine Bailey, an award-winning nutritional therapist, said: “Brainzyme contains a range of vitamins, minerals and other nutrients known to help with focus and concentration, and with energizing our body and our brain.”

Dr Sarah Nicholls said: “Brainzyme is a nutritional supplement, which means that it’s a food supplement, rather than being a medicine. It has a variety of vitamins, minerals and other nutrients, that are intended to boost concentration, help you be more motivated, give you more energy and boost your memory.”

Tim Grivell, a registered psychologist and counsellor, said: “My favourite natural substitute for Modafinil (as a nootropic) is a supplement called Brainzyme.”

Brainzyme has also been featured in several publications, including Forbes, The Times and Health & Fitness Magazine, and has received very positive media reviews.

Peta Bee, writing for the Times, said: “The most noticeable effect, even on the first day of taking Brainzyme, was the alleviation of my mid-afternoon slump. If I popped my nootropic at noon, I felt less inclined to drop off at my keyboard at about 3 pm. It did convince me that nootropics are something worth pursuing.”

Eve Boggenpoel, writing for Health & Fitness, said: “Brainzyme starts to work within an hour. It contains matcha green tea (rich in theanine, an amino acid that calms and focuses the mind), guarana, ginkgo leaf extract, choline, l-tyrosine, an amino acid that increases dopamine levels in the brain, helping you feel motivated and assertive.”

You can buy Brainzyme Focus from their UK website: https://www.brainzyme.com.

Brainzyme® was launched in 2016 by Better Nutritional Science Ltd. as the UK's first ‘natural nootropic’ to help support brain function.

Brainzyme® is based on ingredient research from leading neuro-cognitive and nutritional experts, including the 18-member panel at EFSA.

This press release was distributed by ResponseSource Press Release Wire on behalf of Brainzyme in the following categories: Health, for more information visit https://pressreleasewire.responsesource.com/about.