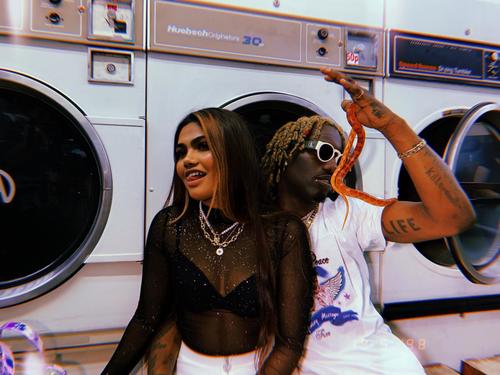 Bate Nate H nicknamed eclectic prince, a heartthrob rapper from the United Kingdom churns out extraordinary releases, and his exclusive song made with avant-garde hip hop tunes is the best treatment to the ears. He claims to be more than a rapper, describing himself as a fantastic musician with amazing creativity in several genres, refusing to be restricted by any artistic boundaries. He believes that by bringing out the essence that is deep-rooted but hidden someplace due to obligations and unusual situations, he would be able to bring out the essence that is deep-rooted but hidden belongings. He creates music that he refers to as “self-discovery” in order to achieve peace of mind amongst the clamor of the large metropolis. ‘SLATTY’ is a standout single that mixes the seductive sound of swinging saxophones with his enthusiastic rap flow to spread love in the air. His voice is light as a feather, similarly emotive, authentic-sounding, and melodically appealing. The voice is fairly clean-cut – upfront and personable to emphasize the lyricism’s authenticity and personal touch.

The UK hustler BATE NATE H has maintained a strong relationship with the well-known rapper Young Thug and has collaborated with YSL artist YSL FARGO on the music EP “SLATT(SLIME LOVE ALL THE TIME)”. In the new rap tune ‘SLATTY’, there’s something instantly soothing about it — the basic riff sets the tone, followed by the hook, melody, and meditative mood – everything has a familiarity to it now, and everything kicks in even more for that link and memory brought up. It’s a true hip-hop tune with jaw-dropping throbs and exuberant rap lyrics that will make you lose yourself in it. The album’s other tracks are enthralling due to his unique slimy sound.

In a world where performers imitate one other’s sound, people are growing numb, and hearts are filled with hatred, the UK-based singer and rapper injects vibrant colors into the gloom with his peppy hip hop and commercial music. Long-form bars combine with shorter bits of thoughts in his lovely street hip hop music are lyrically refreshing and structurally basic while subtly inventive at the same time. Pictures of calm are juxtaposed with images of violence, again discreetly, just noticeable enough to create an impression. On Instagram, Twitter, Facebook, and YouTube, you can find his special musical works.

Plug into Spotify to listen to his music: