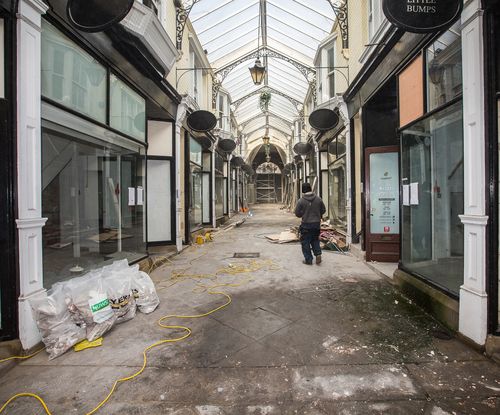 - Just 1.5 per cent of co-ops were dissolved in 2020 compared to 6.5 per cent of businesses generally
- Co-ops four times less likely to cease trading
- Number of independent co-ops grew by 1.2 per cent in 2020 despite the global pandemic
- Turnover for the UK’s 7,237 co-ops grows to 39.7 billion pounds (an increase of 1.1bn pounds)
- CEOs of largest co-operatives in the UK ask Rishi Sunak to invest in business support
- Co-ops are more ambitious than small businesses generally, with 61 per cent of co-ops expressing ambitions to grow or develop in the first quarter of 2021

Co-op businesses are more resilient to the economic devastation caused by Covid according to a new report released today (28 June), prompting a call for more government investment led by CEO of The Co-op, Steve Murrells.

The Co-op Economy 2021, compiled by trade body Co-operatives UK, reveals that co-ops were four times less likely to go bust in 2020 than businesses generally, despite the global pandemic. The number of co-ops (a diverse sector of member-owned businesses from community owned sports clubs to housing associations and credit unions) is also on the increase across the UK - bucking an overall trend of declining business numbers.

Co-operatives UK CEO, Rose Marley, said: “We know co-operatives are resilient and sustainable businesses – but it’s not just their resilience that is critical to reducing the inequalities in the UK. It's fundamentally about ownership. People are looking for a stake in the places they live, work and consume and the co-op model distributes this decision-making power.

“Why are co-ops so resilient? The co-operative purpose, ownership and governance all dictate long-termism. In an economic shock it’s the members calling the shots in their collective, long-term interests, not investors making decisions based on short-term returns. Co-ops patiently build-up and reinvest reserves and use members’ capital wherever possible, rather than piling on debt to achieve faster growth.” She adds.

In 2020 the number of independent co-op businesses operating in the UK grew by 1.2 per cent, with almost twice as many new co-ops created as dissolved (193 versus 107). In contrast, the number of UK businesses overall fell, with company closures outstripping new starts (389,965 versus 382,560). Just 1.5 per cent of co-ops were dissolved over the 12 months compared to 6.5 per cent of businesses generally*.

Rose Marley said: “"We are increasingly excited by the growth and interest in what is becoming known as the democratic economy. And co-ops also anchor wealth in local communities, which brings a whole plethora of additional benefits.

"We're now calling for more business support to grow this increasingly valuable sector. To have even more impact in terms of levelling up the economy, co-ops need the support that other business models receive as a matter of course. Co-ops have been marginalised and underrated for far too long."

The CEOs of nine of the largest retail societies in the UK have jointly written to Chancellor Rishi Sunak calling for more tailored business support for co-operatives catering to their distinct approach to capital raising, business strategy and organisational development.

CEO of the UK’s largest co-op, The Co-op, Steve Murrells said, “If we genuinely want to build back Britain better, but also take the opportunity to build back different, this must be a decade of collective action.

“The heart of every co-operative has always been the idea that, by coming together, we can all improve our situation, and make sure that nobody gets left behind. It’s something we see adopted by co-operatives across the country, of any size - the Government needs to support their future development.”

Co-ops are businesses owned and controlled by their members. There are 7,237 independent co-ops operating across the UK, ranging from high-street retailers to farmer-owned businesses, community sports clubs and web developers. Total turnover increased to 39.7 billion pounds in 2021 from 38.6 billion pounds (a 2.8 per cent increase) and there are 13.9 million memberships of co-ops in the UK.

**Co-op ambition: Ambition calculated via the 2021 Co-op Economy survey of 259 co-ops. The sample size represents 3.6 per cent of the UK’s co-ops. Co-op ambition compared against businesses more widely via a Federation of Small Businesses report.

Co-op case studies available on request including:
The Dewsbury Arcade – residents in Dewsbury are taking the future of their declining town centre into their own hands by creating the first community-owned shopping centre in the UK.

Crescent Management - a co-operative actors’ agency (owned and operated by the actors themselves) that’s managed to keep running and even reduce its commissions despite the performing arts industry being decimated by Covid.

Ten largest co-ops in the UK by turnover

Co-operatives UK is the network for thousands of co-operatives. Together we work to promote, develop and unite member-owned businesses across the economy. From high street retailers to community owned pubs, fan owned football clubs to farmer controlled businesses, co-operatives are everywhere and together they are worth 39.7 billion pounds to the British economy. www.uk.coop