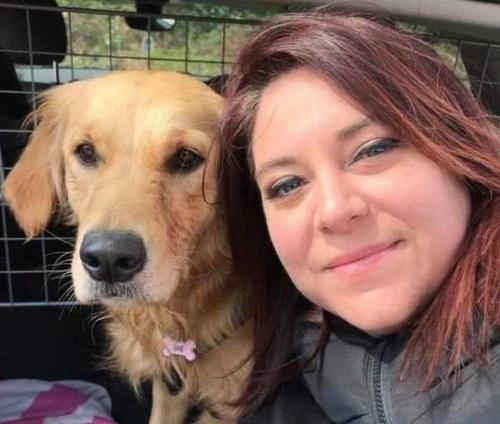 A Christmas advert by VistaPrint featuring a young girl and a husky was pulled after a dog expert raised concerns over its messaging.

Dog behaviourist Debby Lucken, who runs Kids Around Dogs, has praised the company for acting so swiftly. She was concerned over the message being sent out by the ad for VistaPrint, which showed a young girl approaching a large husky and putting her arms around it.

Debby said: “The dog is clearly not happy in the clip.

“The little girl goes toward the dog and faces the dog, but this can be seen as confrontational. The dog has his mouth closed, his eyes are half closed and he’s avoiding eye contact. He lifts his head and moves away. He’s enduring it, and he may be used to it as the family dog, but this does not mean it’s safe. Any dog can be pushed too far.”

Debby messaged VistaPrint to voice her concerns and was delighted to receive a message the next day saying the ad had been removed.

"I was pleased with their response,” she said. “They listened and took it seriously and took action straight away. They should be praised for that.”

Debby added: “While we can’t go out and teach everyone all about the body language of dogs, we can stop these images.

“I have sent emails to celebrities before to tell them they could be promoting something that could potentially put children in a dangerous position. We just want to prevent accidents happening.”

A spokesperson for VistaPrint said: “While running our advert, we noticed comments from dog behaviour specialists, including Debby. We would never want to run an ad showing animals and children in a potentially vulnerable situation, so we acted immediately to have it taken down across markets.”

Kids Around Dogs (KAD) works with families and children to teach them about dog body language and behaviour to help keep them safe. KAD can also help children who are scared of dogs overcome their fear.

Debby is based in Poole, Dorset, but KAD has a network of dog professionals with specialist knowledge of dog behaviour across the UK and has approved members all over the world.

For more details about their work, visit kidsarounddogs.co.uk