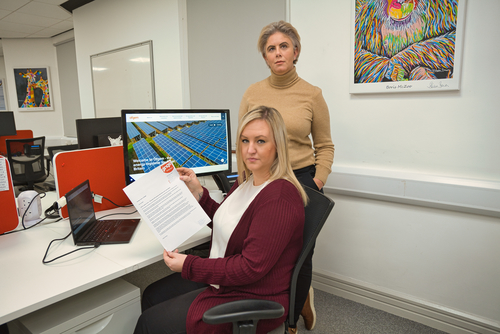 Hundreds of thousands of UK residents could face soaring energy bills due to a loophole that means they are not protected by a price cap.
A national energy consultancy has now launched a campaign to close the loophole, which it says could affect up to around half a million customers.
People living in apartment blocks where the owner has chosen a communal heating system are not covered by the price cap. This is because the energy supply is classified by suppliers as ‘commercial’ rather than ‘domestic’.

While wholesale prices continue to climb steeply, the UK’s price cap on energy bills stops companies from immediately passing those costs on to their domestic customers – but there is no such protection for commercial rates.

Birmingham-based Ginger Energy (https://gingerenergy.co.uk/), which operates across the UK, is now calling on Ofgem to urgently review the situation and revisit the definition of Domestic Customer. It is also urging those affected to sign a petition: https://www.change.org/p/ofgem-make-the-energy-price-cap-wid...

Ginger Energy director Lisa Gregory said: “This is an injustice and will have serious consequences for those impacted. It is highly likely that many will struggle to pay the new costs and will then get into a debt situation.

“We are about to have to tell the residents of some blocks that they will be paying four times the previous unit charge for their energy.
“While normal residential consumers are protected – at least for a period – through the price cap, the consumers in these blocks are fully exposed to the market changes - as all are classed as business users despite actually being domestic users."

A commercial classification applies to electricity supply in a block where there is only one supplier meter as well as a more modern gas-powered communal system known as a ‘heat network’ adopted in newer properties for its lower carbon technology.
This classification dates back to a 2012 decision made by industry regulator Ofgem and pre-dates the current turbulent market conditions and the price cap.

While the Government has set a target for five million homes to be part of a heat network by 2050, such properties are not subject to the price cap which was set by Ofgem on October 1st and is currently set to end in April.

Because the supply is communal, affected residents have no option to select an alternative supplier. It’s the property block owner who agrees the energy supplier – then recharges residents.

Responsible block owners have a duty to find the best value rates but with rising energy costs and the recent price cap not applying to their premises, residents are missing out.

Lisa added: "Legal ownership of these buildings is often with a company created for the sole purpose of owning, operating and maintaining the building and providing essential services. It is a not-for-profit entity.
"This also has a negative impact as the energy supply companies wrongly view such entities as high risk which can further impact contracting.”
Ginger Energy campaigners are calling on consumer champions The Heat Trust and property managers to join their call for fairer prices for those left out of the price cap which they say is a ‘truly dreadful’ situation.

“We are requesting an entire review of the price cap. It doesn’t include our residents; it doesn’t work for suppliers. The system is broken," added Lisa.
“In the current market commercial tariffs are up to 300% higher. How would your behaviour at home or business change if your electricity bill went up 300% overnight?
“We read in the media about a potential 50% rise in the cap for consumers – these customers will be seeing their costs rise four-fold.
“We bill almost 4,000 communal supply consumers. Our customers are typically young professionals living in city centre apartment blocks. On heat networks alone, nationally the latest figures reveal that around 17,000 heat networks supply nearly 500,000 consumers in the UK.
“Despite media attention it doesn’t feel like Ofgem or Westminster are considering the impacts of current energy markets on the UK economy as a whole and because of that, our residents and commercial customers are the first to feel the true impact of what is happening in the energy market.
“It’s our duty on behalf of our residents, to speak up about this.
“Sadly, some residents don’t understand the gravity of what’s happening. It’s only when they receive the first bill they realise.
“While we know of others among our industry who don’t consider the price cap fit for purpose, we want to go further and urgently highlight how many communal supply residential customers are not covered by the cap.”

For further details of Ofgem's 2012 decision regarding classification of domestic customers, visit https://www.ofgem.gov.uk/publications/guidance-classificatio...