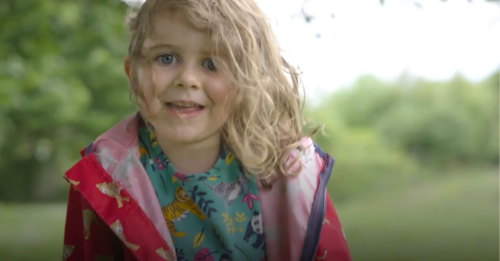 A record number of Edinburgh families with a four-year-old due to start primary school in August are favouring the learning environment of a Kindergarten over a classroom, an FOI reveals.


Scotland is an educational outlier, having one of the youngest school starting ages in the world, with pupils beginning their school career aged four or five. Yet a paradigm shift in attitudes is occurring during the pandemic.


Children whose fifth birthday falls after the first day of school have until the end of today to exercise their legal right to defer entry to P1 to 2023.


Edinburgh Council has set 31st March as the deadline for parents of an eligible child to apply. It is the first year parents of a discretionary applicant are guaranteed a further year of early learning and childcare upon a timely application, and without the need for a supporting statement - the same as automatic deferrals - ahead of the pivotal 2023 law change that will end the birthday discrimination for all in Scotland.

The unexpected pledge to accept all eligible applications in 2021 and 2022 - whether the child is born in the first two months or the last five months of the year - came months too late for many parents last year who were put off applying by the Council's reputation for refusing a high percentage of applications and its ‘degrading, difficult and insensitive' application process, which forced 'parents to list their child’s ‘deficits’ in an effort to provide a well-evidenced and convincing request.'

Early indications looks like the number of deferring four-year-olds born in mid-August to December, labelled ‘discretionary deferrals’, are doubling in the capital. 438 of the 2,305 children eligible to defer last year are registered for funded early learning and childcare at local authority and partner providers across the city. 108 are born in the last quarter of the year.


This year, 499 applications for an additional funded year had been received by 18th March, with 13 days to go, a Freedom of Information request to Edinburgh Council published on Wednesday reveals. 173 of these are for children born in the last five months of 2017.


Almost all nations start school at age 6 or older. Made by an award-winning education filmmaker, Now We Are Six puts a kilt on Saskia Anley-Mccallum’s work, which looks at why Scotland has failed to turn the play-based principles of CfE's Early Level (ages 3 - 7) into practise over the last decade.


Just one school in Edinburgh starts formal education in a pupil’s seventh year. The Waldorf school in Merchiston, with Kindergarten fees of up to £9,344 for the equivalent of P1, is also one of only two independent schools in the Capital offering parents early learning and childcare in its kindergarten for children of mixed ages from 3.5 to 6 years old. Here the rhythm of daily life is simple and unhurried without the notions of ‘achievement’,’ success’, or ‘failure’. Edinburgh Montessori Arts School is the second partner provider.

Caption to image: Now We Are Six cameraman, John Maine, who is also a trained primary teacher, didn't know his November-born daughter was allowed to defer starting school. 4-year-old Matilda, featured in the short documentary delving into whether a too early start to school is could be harmful, started P1 in August. She has been very fortunate to join a primary that is embedding the play-based principles of CfE into its curriculum for under 7s


Whilst local authorities across the country receive thousands of ‘automatic’ applications for January and February born children guaranteed a further year of early learning and childcare upon applying each year, ‘discretionary’ applications for children born in the last five months of the year have traditionally accounted for a fraction of deferred children.

The previous application process for discretionary deferrals, described by Give Them Time campaigners as ‘degrading, difficult and insensitive, forcing parents to list their child’s ‘deficits’ in an effort to provide a well-evidenced and convincing request, requiring a support statement from a professional, in spite of being the prime caregiver and the empowered party by law’ put many off.

Others were discouraged by their local authority’s reputation for refusing a high percentage of applications. Multiple FOI request by the grassroots organisation revealed that between 2015 – 2019, 500 families submitted discretionary applications to Edinburgh Council. Just under half (234 requests) were rejected.

1 in 4 eligible children remained in funded early learning and childcare across Scotland this academic year. In some council areas the numbers are double the national figure: 53% exercised their right to defer in the Highland Council. In Orkney Islands, 46% took this opportunity, and 40% of eligible Shetlanders also choose to give their child an extra year of play-based learning, according to government figures published in the first term of the new academic year.


Now We Are Six

On paper CfE has a profound understanding of child development, encouraging a play-based start for children under seven. Yet for most young children aged 4 and 5 who will start P1 in August, this will not be what meets them.

Edinburgh Steiner School, featured in the 13-minute NWA6 film, has offered an alternative to mainstream education for over 80 years. Uniquely, it has long run a curriculum that embraces a delayed start to formal learning. Before then the learning is integrated.

It is one of the few independent schools offering Waldorf parents ELC within its Early Years since the Scottish Government increased provision from 600 hours to 1,140 hours across Scotland at a rate of £5.31 an hour.

It’s new Class 1 has 20 enrolled pupils starting in August. Almost all will transition from its Kindergarten.

There are almost 2,000 kindergartens and 1,200 Waldorf Steiner schools in some 80 countries, following the educational priciples of Rudolf Steiner.