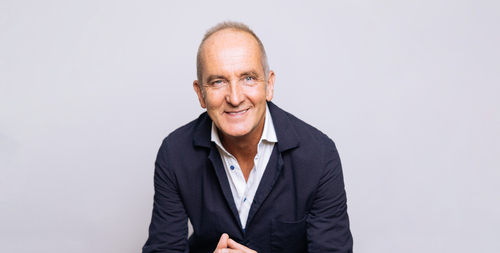 One month to go until #LIFI22 and discussions begin

With only one month to go, the Leeds International Festival of Ideas (LIFI22) is shaping up to be a must-see event.

The festival is back from September 22nd-25th with an incredible line-up of panels and keynotes, addressing some of the most pressing issues of our time. This progressive, diverse festival features five keynote talks and six panels as well as a warm-up show on September 21st at Leeds' new premier venue, the Howard Assembly Room and Howard Opera Centre.

Yotam Ottolenghi, David Olusoga, Rosie Jones, Gail Porter, Mary Beard, Simon Jordan, Christopher Wylie, David Harewood, Lara Lewington, Judy Ling Wong CBE, and Jamali Maddix are among the incredible 36-speaker lineup. The festival's themes explore What can you laugh about?, Is the Metaverse our future reality? How do we talk about mental health? What's wrong with climate activism? Is social media ruling the world? and finally, Does sport have a social duty?

The festival kicks off with a UK-only performance of Jon Hopkins' Polarity. A must-see performance which brings together two disparate elements of harsh and fragile in his music and creates some profound moments of stillness by moving between the two. Long-time friends acclaimed producer and guitarist Leo Abrahams, violinist and arranger Emma Smith, and cellist Daisy Vatalaro will join Hopkins on stage.

Kevin McCloud MBE, a broadcaster, writer, and designer, joins the programme for a special lunchtime talk about the built environment. Best known for the internationally acclaimed Channel 4 show Grand Designs, which has been running for over 20 years. Kevin, in addition to Grand Designs, broadcasts extensively about design and architecture and has written several books and numerous articles on the subject. In 2014, he was awarded an MBE for his services to architecture, and he advocates for sustainable development, context, the historic environment, and ecological construction.

The overwhelming demand for Mary Beard's sell-out talk on arts and culture has seen the venue upgraded, with additional tickets now on sale, while Tayshan Hayden-Smith (BBC2's resident gardener on Your Garden Made Perfect!) replaces Strictly Come Dancing bound Hamza Yassin on the climate panel, the last change to the Metaverse panel, which sees Matt Warneford replaced by Stephanie Whitley, Chief of Staff at Dubit (a Metaverse gaming company). Finally, Waterstones have formed a partnership with the festival to create a one-of-a-kind bookstore at all festival dates, stocking books by all speakers, from Yotam's latest cookbook to Christopher Wylie's Mindf**k.

“The festival is shaping up to be bigger than last year, with only a month until we present this fantastic lineup, and we are looking forward to an incredible five days in the city's newest premier venue, the Howard Assembly Room and Howard Opera Centre.”

Dominic Gray, Projects Director at Opera North
“Leeds International Festival of Ideas is a unique celebration of creative thought and innovation. We can’t wait for it to get started, right in the centre of our brilliant city!”

Leeds International Festival of Ideas is brought to the city by LeedsBID, working in partnership with Howard Assembly Room, Opera North, Weightmans and Bruntwood, with Yorkshire Evening Post as media partners.
With the full programme now revealed, tickets are on sale now. Explore the full line-up and buy tickets here.

Keynote:The (Built environment) with Kevin McCloud
Thursday 22 September, 12pm to 1pm / Howard Assembly Room
£10
As cities evolve, they aspire to become sustainable places to live, work and play. With commitments to net zero around the corner, designer Kevin McCloud reveals how we can harness the heritage of our cities and innovate to reimagine the built environment around us, for a better tomorrow.

Panel: Is the metaverse our future reality?
Thursday 22 September, 7pm to 8.30pm / Mantle Music Studio
£10
Amongst the rhetoric of avatars, Meta and Web 3.0, what could and should this next phase of the internet really look like and mean for us all?

What’s wrong with climate activism? Panel
Saturday 24 September, 3pm to 4.30pm / Howard Assembly Room
£10
How do we platform marginalised communities to alter the mainstream narrative of climate talks? Without equality, can we ever achieve climate justice?

Panel: What can you laugh about?
Saturday 24 September, 7pm to 8.30pm / Howard Assembly Room
£10
In a society where cancel culture is widespread and language censored, where exactly should we draw the line between comedic expression and just downright offensive?

David Olusoga: Britain and the History Ways
Saturday 24 September, 7.30pm to 8.30pm / Mantle Music Studio
£15
History is now front-page news, contested as never before. Statues have fallen and the reputations of great men called into question. In this talk, Professor David Olusoga examines the causes of the ‘history wars’ and asks where they might lead us.

Panel: Is social media ruling the world?
Sunday 25 September, 3pm to 4.30pm / Howard Assembly Room
£10
The expansion of social media sees us spiralling towards tailored algorithms, fake news and geopolitical influence. Can the power of an instant communications system really be beneficial for humankind?

The Marcus Rashford effect has raised questions about the role of sport within society.
Is giving back integral to the DNA of sport? Are sports personalities best placed in highlighting important social issues?

Mary Beard: Arts and Culture – A Price Worth Paying?
Sunday 25 September, 7.30pm to 8.30pm / Howard Assembly Room
£15
Classicist and broadcaster Mary Beard looks at how we can best defend, and pay for, arts and culture from the ancient world to now.