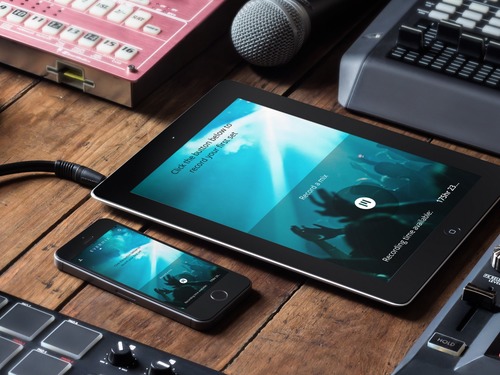 After successful beta launch the Evermix DJ app is now available for iPhone and iPad as a free download for DJs and Club Promoters around the world.

Evermix is a new platform designed to allow incredible live mixes to live on by posting them online directly from the DJ's smartphone and encouraging fans to interact socially with the music long after the night is over. The Evermix DJ app allows DJs to connect the mixer via a range of analogue-to-digital audio interface devices directly to their smartphone to capture whole live sets, edit them via the Evermix DJ app and upload them wirelessly to their very own Evermix DJ page.

Until now the Evermix DJ app has been in closed beta (available by invitation only) and has been tested out by artists including Gorgon City, Bondax, Rudimental and Doorly as well as global electronic music brands such as Toolroom, Ibiza Rocks and Cream. Evermix is now moving out of closed beta and the platform is open to all DJs and Club Promoters looking to join the platform and capture and share their content in high quality. The app can be downloaded free from the App Store here: http://apple.co/1U76bAr

Everrmix is the first social streaming platform aimed solely at the electronic music industry and its fans. The platform simplifies the recording process for DJs so that they can easily share their live sets with fans. Full control is given to the DJ who can use the Evermix DJ app to choose and edit what they publish and to where, with integrated social sharing on Facebook, Twitter, MixCloud and SoundCloud.

Evermix MixBox (Evermix’s own recording hardware device) will be available to purchase in June 2016, and until then the Evermix DJ app can be used with a range of compatible devices, such as the Line 6 Sonic Port, or IK Multimedia iRig2 and iRigHD.

Renowned UK electronic music DJ Doorly says: "This is the app and device I've been looking for my entire career. Evermix is a recorder built into your mobile phone that is always by your side and the app makes the whole process incredibly slick and social for its users and fans. Now I'm just excited for this to be released and used by everyone so we can really enjoy its power."

Evermix is a fully licensed platform in the UK through PPL & PRS.

Evermix was founded in the UK in 2015 to connect electronic music fans with amazing DJ sets from the world’s greatest artists via a mobile app and website. DJ’s can now easily record live mixes by plugging their smartphone and Mixer into a range of pocket-sized recording devices, and upload instantly and wirelessly to their very own Evermix page. Music fans can relive the night over and over again online, and very soon via an innovative mobile app available for free on iOS and Android.