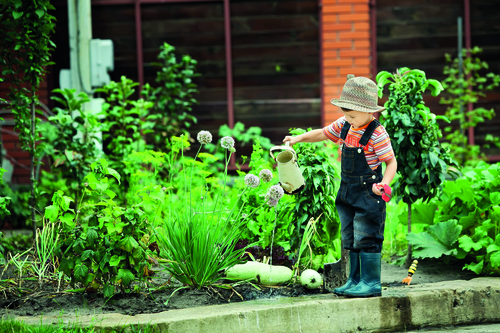 There is still time for primary schools across the UK to join the British Curry Club’s, campaign, which encourage children to grow curry ingredients from seed with their gardening club in schools! This activity can be extended into a range of activities in the classroom to encourage discussion and tasks about the world around us to include global foods. Children understanding the various cuisines from around the globe can only broaden their knowledge of the world and the diverse society that we live in.

Schools across the country have already joined in, include primary schools in Leicester, Vale of Glamorgan, Southampton, Scottish Highlands just to name a few places!

As a further incentive for schools to join the campaign the British Curry Club is running a competition for schools. Each school needs to register their involvement by entering the competition by the 31 May 2016 (EXTENDED DATE), after registering the schools gardening club organiser will need to organise a written activity where pupils will need to write a letter to the British Curry Club to describing how they have enjoyed taking part in the schools gardening club. Three schools will be chosen to win £200 worth of primary school books provided by Sweet Cherry Publishing and one child from each winning school will also win £25 worth of books.

The competition is not limited to the schools that have already received packs, any schools can get involved by registering for the competition.
For further information about the campaign go to the campaign site now www.chaatmagazine.co.uk

For schools to register for the competition or get an entry form they simply send the their details tocompetition@britishcurryclub.co.uk

East End Spices, the leading suppliers of Asian food in the UK and European market for nearly four decades. The evolution of their business is based on satisfying needs of the consumer with a superior quality product. Their success is attributed to the philosophy of the founders - Wouhra Brothers, who believe in innovation, honesty and team work. Their focus on the changing needs of customers has led to achieving phenomenal growth by delivering beyond expectations. ORDERING SPICES FROM EAST END IS EASY www.store.eastendfoods.co.uk/

Chaat! Magazine is a consumer publication, published quarterly all about spicy cuisine, with a minimum of 25 recipes each issue, interviews, competitions and much more available for purchase from www.chaatmagzine.co.uk or WHSmith stores.