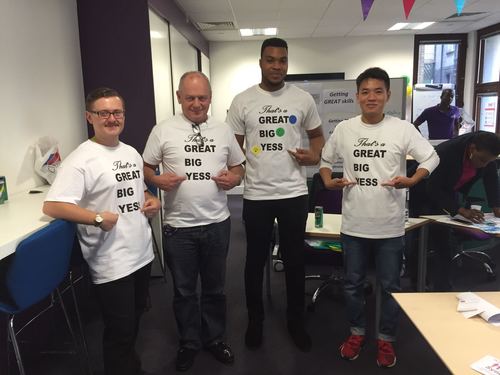 A New Way of Business Engaging with Education

In an unprecedented partnership between the UK200Group – the UK’s leading membership organisation of independent quality-assured accountancy and law firms – and Coventry University London Campus, accountants and lawyers have supported MBA students to produce their final business plans.

The pilot of the YESS Initiative, which ran from June to September 2016, saw six students paired up with a partner-level business adviser, or ‘Business Buddy’, in the latest programme from the UK200Group to support entrepreneurs in the early stages of their careers.

The students and their business buddies met fortnightly throughout this period to discuss their business plan, a 10,000-word document that plays a similar role to the traditional thesis.

Declan Swan, CEO of the UK200Group, said, “Entrepreneurship is vital to the UK economy, and something which is firmly embedded in the DNA of our business community. We at the UK200Group recognise the contribution of owner-managed businesses, and set up the YESS Initiative in partnership with Coventry University London Campus to support the next generation of entrepreneurs.

“Our members have described a remarkable transformation in the students they mentored and the businesses that they planned to launch. The process of taking a student with an ambitious idea and giving them the practical, real-world advice that they need to succeed was one that they found extremely rewarding.”

The six business advisers, from Cardiff-based Watts Gregory, Leeds and London-based Virtuoso Legal and Cheltenham-based Randall & Payne, each have a wealth of experience in advising SME business owners and brought that practical experience to the students.

“The YESS Initiative has had an incredibly positive effect on the student participants. They are now much more confident and authoritative than they were before their meetings with their Business Buddies.”

The students represented a broad range of backgrounds from around the world: two from India and one each from China, Taiwan, Malaysia and Nigeria. Their testimonials echo the sentiments of their mentors – that the programme was useful, transformative and offered insight which they would not otherwise have had access to.

Adeola Remi-John of Nigeria said, “My Business Buddy, Will Abbott of Randall & Payne, challenged my thinking and provided professional insight specific to my choice of business. Will is a professional with a key eye for detail and who takes a genuine interest in whatever project is in his hands. His comments and suggestions certainly improved my project, and would add value to any client.”

Vishnu Vinay, a student from India, had a similarly positive testimonial for David Challenger of Watts Gregory. “I can confidently say that working alongside David has changed the direction of my business plan for the better, and that it’s become much more presentable to a prospective investor.

The graduation of the students who took part in the YESS Initiative pilot will take place on 18 November 2016.

Coventry University London Campus was opened in 2010, and provides an array of courses in business and management for an international student body.

Coventry University was named ‘University of the Year’ by the Times Higher Education Awards in 2015, the third successive year that it had won the accolade.