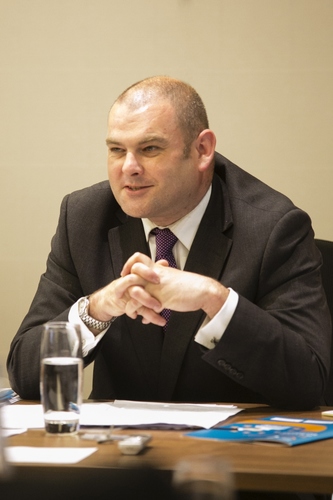 On Wednesday, Chancellor of the Exchequer Philip Hammond announced his Autumn Statement to Parliament, the wider implications of which are sure to affect SMEs across the UK. But will those changes be beneficial or detrimental to conditions for the UK’s owner-managed businesses?

"This further encouragement to the UK’s cutting edge technology sector, when combined with our attractive R&D tax relief regime, will help ensure that we remain centre stage in the world in the uncertain post-Brexit era.

"This additional fund is specifically aimed at those companies in the scale-up phase where traditional sources of finance are often difficult to arrange. We all hope that beyond the attention-grabbing headline, the deployment is full, effective and rapid in this fast-changing world in which we all compete."

Mike Chapman, Senior Manager, Corporate Tax at UK200Group member Knill James, said, “Following the shocks of the Brexit referendum, a Donald Trump presidency and Leicester City winning the Premier League maybe we were due for something a little less exciting. Philip Hammond in his first Autumn Statement as Chancellor certainly gave a ‘business as usual’ offering, presumably hoping that the relatively encouraging UK post-Brexit economic performance could be maintained despite the possibility of turbulent times ahead.

“With a forecast for reduced growth in 2017, it was important that the Chancellor presented the UK as the natural home for business and he stressed the commitment of several high-profile multinationals to continue to invest in the UK economy. The drop in the headline rate of corporation tax to 17% from 1 April 2017, the lowest rate in the G20, confirmed the Chancellor’s priority to ‘ensure that Britain remains the number one destination for business’, while acknowledging the importance of certainty and stability to business as a whole.

“On a less upbeat note, Mr Hammond did not shy away from the issue of the productivity gap between the UK and its immediate competitors and focussed on the need to bridge this divide through research and innovation in providing £2 billion per year by 2020 for R&D funding."

Andrew Jackson, Chair of the UK200Group’s Tax Panel and Head of Tax at UK200Group member Fiander Tovell , based in Southampton, said, “On the plus side, Philip Hammond acknowledges that certainty is welcome, and is largely giving certainty by not tinkering too much with Budget 2016 announcements.