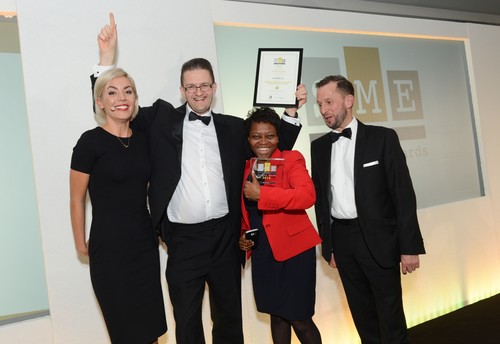 Although based in the small town of Oxted, Undefeeted has always had a global vision

Podiatrist and co-founder of Undefeeted Peter Allton says, “We are so grateful to have been recognised once again and being given this honour means the world to us as it enhances our credibility on a global stage. Although based in the small town of Oxted, Undefeeted has always had a global vision and it has been rewarding this year to have been approached by different countries wanting to engage our services in educating their people. 85% of diabetes-related amputations could be avoided - oh yes, and by the way there’s one happening every 20 seconds!”

Imagine what it would be like never to be able to see your footprint in the sand or feel the sea splashing around your ankles, not to be able to play in the park with your kids or grandchildren. Maybe you would miss going to work or the gentle touch of your loved one as they brush their feet affectionately next to yours in the bed.

In the last week alone, these things have become reality for over 30,000 people who have had lower limb amputations simply because of the complications of diabetes. In the last year there were a whopping 1.6 million and every day as you put your socks and shoes on there are over 4,300 more people who don’t need to.

London-based podiatrist Peter Allton says that 85% of these could be avoided. Critical to this is teaching people who have diabetes to manage their condition effectively.

This fact compelled Peter to write a book called ‘Undefeeted by Diabetes’ in which he teaches people about the importance of foot health and what to do to stay safe. As someone who lives with Type 2 diabetes, Peter understands that education is vital to managing the condition.

“Diabetes can be extremely difficult to live with, especially if you don’t have the right information and strategies in place.”

When his daughter was diagnosed with Type 1 diabetes at the age of eleven Peter decided to take action, start the global ‘Undefeeted’ campaign and promote good foot health for diabetes sufferers.

The book ‘Undefeeted by Diabetes’ focuses on helping people with diabetes live in what Peter calls the ‘diabetic sweet spot’ – the safest possible position for them. The ‘sweet spot’ refers to a combination of knowledge and awareness of their personal risk and taking appropriate action that helps them to live full and healthy lives.

The organisation aims to raise global awareness of the problem whilst interacting on a personal level with individuals to help them better manage their diabetes (types 1 and 2) and even reverse their type 2.

The past few months have seen an exciting step forward in this drive to help the world as Peter returns from speaking in Algeria and the Bahamas where Undefeeted was received with open arms. The organiser of the Algerian Diabetes Association’s congress Nadia Boudjenah said, “On behalf of the Diabetics of Algeria, my staff, the participants and myself, I would like to truly thank you for taking the burden of travelling to Algeria and enriching our congress with your most valuable speech that received more clapping than any other one.

“Sharing your personal experience and the actions you have taken with the help of your beautiful wife touched the hearts of the whole room and we are very thankful to you for that.

“Educating people in our society has been and is still our biggest handicap and hopefully, you standing there will be the start of a long journey to create the culture of prevention in our country and our area.”

Peter says the kindness of the Algerian people has opened up the opportunity to help not only their people but also French and Arabic speaking people around the world with the kind offer of the LIONS club of Algeria to translate ‘Undefeeted by Diabetes’ into these languages. More recently Undefeeted was launched in the Caribbean, having been invited to the Bahamas (which has a higher than average prevalence of diabetes) and plans are afoot to take their Ideal Diabetic Lifestyle course there in a bid to help reduce the rate of amputations.

“Any movement to reduce the number of amputations in diabetic patients needs our full praise and support, so I heartily endorse this crusade!”

Dr David G Armstrong, Professor of Surgery at the University of Arizona, USA and Director at the Southern Arizona Limb Salvage Alliance (SALSA):

“Every twenty seconds, somewhere in the world, an amputation is performed on a person with diabetes. The good news is that nearly all of these are ultimately avoidable. My colleagues at SALSA and I wholeheartedly support the efforts of Peter and Tina and look forward to a day when we can remain ‘Undefeeted’!”

“Congratulations on your hard work. I am inspired by the work of Peter Allton and Undefeeted. What an extraordinary mission!”

‘Undefeeted by Diabetes’, written by Peter Allton and published by Filament Publishing, is available from Circle Podiatry, 316 Lewisham Road, London SE13 7PA or from www.undefeeted.org .

Peter Allton is the clinical director of Circle Podiatry, the UK’s only multi-award-winning podiatry ‘brand’. As a podiatrist his life’s work has been fixing people’s feet and lower limbs. He is also the founder of ‘Undefeeted’, a global campaign, powered by Circle Podiatry, which aims to reduce the number of avoidable diabetes-related lower limb amputations.

Every 20 seconds, somewhere in the world, a person with diabetes is undergoing a lower limb amputation. It is estimated that 85% of these could be avoided. It is Peter’s vision that by 2035 the ‘Undefeeted’ campaign will help to cut that number by two thirds to one per minute.