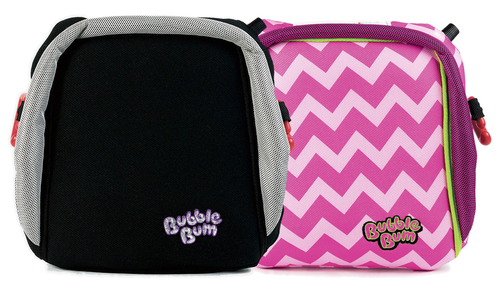 Bubblebum, the UK travel solutions company best-known for its Award-winning Bubblebum car booster seat, was 'highly commended' in the Innovator of the Year category in 2016 Amazon Growing Business Awards, announced this week.

These prestigious Awards honour Britain's small and medium-sized enterprise(SME) leaders, recognising the particular achievements of 17 growing UK businesses who won awards across a variety categories and five of whom were highly commended.

Grainne Kelly, founder and inventor of Bubblebum says: "We're delighted to be recognised for our innovative solutions for safe car travel for kids. Our rigorously tested inflatable booster seat is designed to give parents and children a safe and handy solution whenever they're travelling by car, and it's exciting to see the product that we have invented recognised in such a prestigious way. We'd like to thank Amazon, and also offer our congratulations to the winners and businesses highly commended in these Awards."

Bubblebum has spent years developing and testing its booster seat to the highest possible standards. The seat is crash tested and meets and exceeds all EU and US car seat safety regulations (R44.04 and FMVSS213). Bubblebum seats have been tested by impartial experts and have been proven to be the functional equivalent of the leading backless boosters on the market. Bubblebum seats include a shoulder belt position strap which positions the belt perfectly. In the US, Bubblebum has won the IIHS (Insurance Institute for Highway Safety) Best Bet Boosters Award every year since 2011 for their belt fit.

Parenting bloggers and parenting magazines that wish to review Bubblebum should contact michelle@minxpr.com or michelle@honchopr.com (07734 681796) to arrange delivery and to receive further product information.