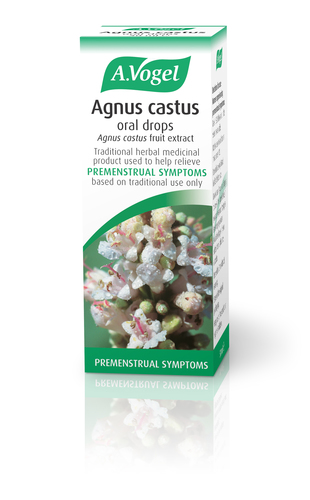 Monday 16th January is Moody Monday, and in the UK the average Brit will spend a year and eight months of their life in a bad mood, a new study has found.

Each day sees the average adult down in the dumps for a total of 41 minutes thanks to things such as a bad night’s sleep, technology problems, bad manners and the weather. That amounts to almost five hours a week or ten days of every year in a grump. Over the average adult lifetime, that’s the equivalent of one year, eight months and 19 days spent in a bad mood.

A lack of money, cold calls and poor manners also put people in a bad mood. It also emerged two thirds of people would admit to being a moody person.

Dr Jen Tan a spokesman for A.Vogel Herbal Remedies which commissioned the research, said: “It’s the everyday things that add up on a daily basis that grind us down; from technology not working to rudeness that affect our moods. It’s surprising, however, to see that when you add it all up, it amounts to quite a large chunk of our time.

“Some bad moods are for justifiable reasons, but there are many small and seemingly insignificant things which can leave us feeling blue. Simply encountering someone with bad manners, or being stuck in traffic on the way to work can really set the tone of your mood for the rest of day.”

The study, of 2,000 adults, found a bad night’s sleep is most likely to be the cause of a bad mood, followed by technology problems, an argument with a partner and other people’s lack of manners. Rude staff came fifth, with a stressful day at work, having no money, rain and cold calls close behind. Traffic jams completed the top ten.

Worryingly, the study found almost half of Brits admit they have days where they feel like they are in a bad mood from the moment they wake up until they finally go to bed that night. And two thirds have moods where they feel grumpy – but for no reason at all.

Because of their bad mood, 44 per cent say they have ended up arguing with their partner, while another 20 per cent admit they tell their children off more than usual. Others have made mistakes at work, had a disagreement with a colleague or even ended a relationship while in a grump.

Look out ladies – it gets worse
For women in particular, there is the added burden of feeling tired, irritable and generally under the weather due to fluctuating hormones associated with PMS or during the menopause.

Nearly a third (31%) of women surveyed put their bad moods down to PMS or the menopause. Anxiety, bloating, anger and heavy bleeding were amongst the symptoms that women struggle with most with 10 percent citing bad moods as one of the worst.

Psychologist and author of ‘The Menopause Maze’ Dr Meg Arroll commented on the research findings: “As well as everyday problems the research did indicate that, for women especially, irritability is linked to PMS and menopause symptoms with a nearly half of those surveyed admitting that they have experienced these symptoms for more a decade.”

“What’s telling is that people are suffering with emotional lability without received support. Over eighty-eight per cent of those asked are not getting treatment for their mood issues and PMS / Menopause symptoms and suffering in silence. However, there are adjunct traditional herbal medicines that contain ingredients that can help with particular symptoms. For instance, A.Vogel’s Dormeasan contains valerian root which can aid sleep and Agnus castus extract has been shown to help alleviate mood swings in PMS.”

The survey revealed that a simple cuddle was found to be the best way of breaking out of a bad mood, followed by laughing with a friend, going for a walk and listening to music. Chocolate, a glass of beer or wine and an early night also help get over the blues.

“Going for a walk will aid blood flow to the brain and research has shown that connecting with nature is beneficial to our emotional well-being. If you have mobility problems simply sitting outside in natural light will help increase your levels of vitamin D which is beneficial to good mood,” says Dr Arroll. “Moaning to a friend and having a good laugh about our moods can help lift your mood; after all a problem share is a problem halved and research has shown that talking about our worries and fears reduces the stress response.”

HERBAL & DIETARY HELP FOR THE MOODY BLUES
A.Vogel’s Education Manager and Nutritional Therapist, Alison Cullen says: “Herbal help is definitely worth considering to help manage mood swings and other symptoms associated with the hormonal fluctuations that occur during different life stages, such as coping with PMS or throughout the perimenopause.

“To keep hormones healthy it’s a good idea to reduce intake of caffeine and sugar, and increase the intake of nuts, seeds, avocados and oily fish to keep levels of Essential Fatty Acids (EFAs) up. EFAs are good for your skin, reduce inflammation in the body, and help to keep your hormones balanced. Nutrients that you might want to supplement include B vitamins and magnesium for stress and tension, and chromium for sugar cravings.

“Diet also plays an important role for menopausal women. By eating more foods that are phytoestrogenic, such as apples, brown rice, oats and broccoli, menopausal women may experience fewer of the symptoms that are connected to falling oestrogen levels.”

Herbs to try include:

GENERALLY FEELING DOWN OR LOW IN MOOD

A.Vogel Hyperiforce, £10.49 for 60 tablets from independent pharmacies and health food stores.
Containing fresh herb extract of St John’s Wort (Hypericum perforatum), A.Vogel Hyperiforce is a traditional herbal medicinal product used to relieve the symptoms of slightly low mood(1) and mild anxiety, exclusively based upon long-standing use as a traditional remedy.

Points of interest:
- “Considerable clinical data, including meta-analyses, have shown that St John’s wort is superior to placebo, and as effective as synthetic antidepressants in treating certain types of depression” (Prof Michael Heinrich)(2)
- Improves function of neurotransmitters in the brain in a variety of ways
- Not associated with the side-effects of conventional medication for depression or withdrawal effects

LOW MOOD ASSOCIATED WITH THE MENOPAUSE

A.Vogel Dormeasan, £9.75 (50ml) from Holland & Barrett, Boots and independent pharmacies and health stores
Containing fresh herb extracts of Valerian and Hops, A.Vogel Dormeasan is a traditional herbal medicinal product used for the temporary relief of sleep disturbances from mild anxiety exclusively based upon long-standing use as a traditional remedy.

Points of interest:
- Valerian: “used as a mild sedative to treat symptoms of anxiety, stress and insomnia” (Prof Michael Heinrich(1)
- Hops: Calms restlessness and over-excitability. “Traditionally used for insomnia, excitability” (Jo Barnes)(2)
- Research shows combination works with the first dose(3)
- No groggy after-effects and no build-up of resistance with ongoing use

1. A bad night's sleep
2. Technology problems
3. An argument with your partner
4. Poor manners - please thank you, holding door open etc
5. Rude staff
6. A stressful day at work
7. Having no money
8. Rain
9. Cold calls
10. Traffic jams
11. An unexpected bill
12. Walking behind really slow people
13. Negativity
14. Cold weather
15. People bumping into you and not saying sorry
16. Call centres
17. Long queues in shops
18. Stepping in dog mess
19. Your boss
20. Getting splashed by a passing car
21. A late night
22. Hunger
23. Public transport delays
24. Being too hot
25. Jobsworths
26. Donald Trump
27. PMS
28. The items you want being out of stock
29. People talking loudly in the cinema
30. Bad weather on holiday
31. Clothes not fitting properly
32. Children not doing what they told
33. Not being appreciated at work
34. People using their phones while eating
35. Spilling something on a new item of clothing
36. Not having WiFi
37. Old people driving
38. Being hungover
39. People speaking loudly on the tube/train or bus in the morning
40. Getting in trouble at work
41. Shops being closed when you arrive
42. An inactive sex life
43. Missing a train
44. Having a bad hair day
45. Self-scanning tills in shops
46. Getting a bad spot
47. Running out of loo roll
48. Making a cup of tea only to find the milk has run out or gone off
49. Friends cancelling a social engagement
50. Piers Morgan