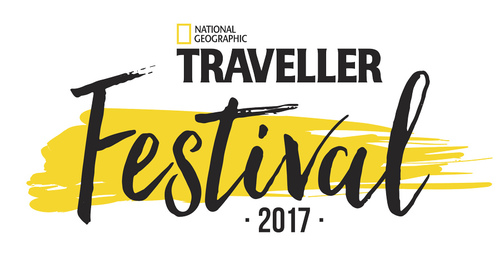 Paul and James will bring to the Festival stage stories of daredevil exploits, pioneering campaigns and hard-learnt lessons

Chosen for their trailblazing careers in the fields of exploration and extreme adventure, Paul and James will bring to the Festival stage stories of daredevil exploits, pioneering campaigns and hard-learnt lessons, all played out in some of the most challenging arenas on our planet.

Maria Pieri, editorial director, National Geographic Traveller (UK), said: “I’m pleased to announce the addition of two of the UK’s most intrepid travel personalities to our exciting Festival line-up. James’ fearless desire to plot the outer limits of human endurance has seen him return from the brink of disaster, while Paul’s career encompasses groundbreaking marine research and Arctic exploration. We can’t wait to hear more about their work, as well as their perspectives on the issues facing today’s travellers.”

Paul Rose said: “By sharing the joy, challenges and understanding of our travels, we can influence decision makers and demonstrate the value of exploration — and the formation of meaningful opinions — to future generations. I’m an advocate of responsible, informed travel, and there’s no better way of ensuring this than by connecting with the values of National Geographic. Who doesn’t get excited about travel when they see that iconic yellow window? I’m looking forward to being part of the inaugural National Geographic Traveller Festival — the perfect launch pad for your forthcoming journeys. Please bring enquiring minds and difficult questions!”

A man at the front line of exploration, and one of the world’s most experienced science expedition leaders, BBC’s Inside Out presenter Paul Rose knows the challenges — and beauty — of the polar regions like no one else. Paul has led Greenland ice cap crossings and ascents of previously unclimbed icy mountains. He even has a peak named after him in Antarctica. Paul is also the expedition leader of National Geographic’s Pristine Seas project, and has presented BBC series about marine exploration (Oceans, 2008) and UK walking trails (The Pennine Way, 2015; Coastal Path, 2016; Yorkshire Wolds Way, 2017).

With two Olympic gold medals, six World Championship titles and an awe-inspiring collection of endurance feats to his name, James Cracknell is a force to be reckoned with. In 2010, he recovered from a near-fatal road accident to complete a 430-mile race through the Canadian Yukon, facing blizzards, moving ice, perilous waters and freezing winds along the way. He is the star of television programmes including Unstoppable: The James Cracknell Trilogy (Discovery, 2011), World’s Toughest Expeditions with James Cracknell (Discovery, 2012) and Ben & James Versus the Arabian Desert (BBC, 2013).

Date: Sunday 17 September 2017
Address: The Brewery, 52 Chiswell Street, London EC1Y 4SD
Tickets: £150. Earlybird tickets on sale for £135 until 1 April.
Website: natgeotraveller.co.uk/festival
A full programme of events and speakers will be finalised in the spring.

National Geographic Society is a leading nonprofit that invests in bold people and transformative ideas in the fields of exploration, scientific research, storytelling and education. They support educators to ensure that the next generation is armed with geographic knowledge and global understanding. National Geographic Society aspires to create a community of change, advancing key insights about the planet and probing some of the most pressing scientific questions of our time. Their goal is measurable impact: furthering exploration and educating people around the world to inspire solutions for the greater good. nationalgeographic.org