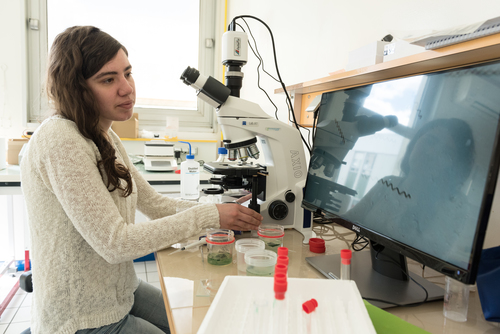 The superfood Spirulina – a green microalgae rich in protein, iron, vitamins and antioxidants – is set to become more affordable thanks to a start-up team from Université Paris-Saclay.

The start-up, Spiris, is working to increase the productivity of this functional food.

Classified as one of the most complete foods on earth by the UN Food and Agriculture Organisation, spirulina has been proven to fight malnutrition and prevent cardiovascular disease. It’s often added to smoothies as a nutritional boost, but it’s an expensive supplement.

“Today, spirulina is mainly produced in the US or China,” says Bernard Sacy, co-founder of Spiris. “European production is either on a small scale or highly technological. Combined with imports, this maintains a high price. With our innovative technology, we can provide affordable microalgae – not just a product for the elite.”

Spiris was founded by Bernard and Vincent Nicolas, a biotech engineer from AgroParisTech, a member of Université Paris-Saclay.

Having built successful prototypes, they are now working with the university and raising funds to build a large scale demonstration to achieve commercial proof of concept.

For more information, or to speak to Bernard Sacy, please contact Stephanie Mullins at BlueSky PR on smullins@bluesky-pr.com or call +44 (0)1582 790 706.