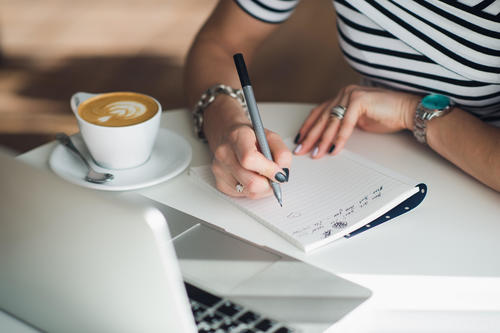 • 77% of millennials agree that sending letters, thank you cards and parcels feels like a dying art
• Three quarters of people think that sending physical forms of communication shows you care more about that person
• 81% would feel more excited if they received a package or letter in the post from someone they know, over a text or message on social media

New research into the nation’s communication habits has revealed that sending handwritten letters, thank you cards and surprise parcels is a dying art amongst millennials. Due to the unstoppable rise of smartphones and social media apps people are communicating more than ever, with 42% admitting to texting their friends every day and over 208,000 pictures being posted to Facebook and 65,000 images posted on Instagram every single minute. As a result, the art of physically posting something to a loved one is dying out with 40% of millennials confessing to never having sent a handwritten letter, 46% have never sent a surprise parcel and 42% have never sent a thank you card.

The study by ipostparcels also discovered some confusion as to how the younger generation want to communicate because, despite 43% never having sent a letter, card or parcel, 80% are sad that these aren’t sent as much anymore. 81% of those surveyed also said they would feel more excited if they received a package or a letter in the post from someone they know, over a text or message on social media. Receiving a surprise parcel from a loved one was also ranked as the thing most millennials would be most excited to receive from a friend or family member above all other forms of communication.

More meaningful communication
Most tellingly, 75% of millennials agreed that sending physical forms of communication strengthens relationships and shows you care more about that person yet 40% said that it takes too much time and 30% said that they’re too lazy or can’t be bothered.

Psychologist Dr Saima Latif commented:
“Digital forms of communication often comprise of short phrases and emojis to express what we mean. The effect of abbreviated forms of communication is that emotions and feelings cannot be expressed as effectively and can sometimes be misconstrued. Unfortunately this can trivialise our relationships making them more superficial rather than strengthening them.

Post For A Post Day: Monday 18th September
Following the results from the research, ipostparcels has launched the first ever national ‘Post For A Post Day’. The aim is to encourage people across the UK to send more meaningful forms of communication such as a handwritten letter or surprise parcel instead of sending a text or posting a message via WhatsApp or social media.

Gemma Conroy, Ecommerce Manager for ipostparcels commented:
“We can see that people are conflicted when it comes to how they communicate with their loved ones. Social media, text messages and other forms of digital communication are undoubtedly a fantastic way to keep in touch throughout our busy lives. However, there is clearly still a desire to receive parcels and letters due to the thought, care and meaning behind such a gesture. We have created Post For A Post Day to help put the meaning back into posting again by encouraging people to send a thoughtful gift or letter to a special person in your life, rather than sending a text or using social media.”

ipostparcels’ commitment to more meaningful forms of communication
The parcel delivery company has pledged 100 codes per day for people all over the UK to post something for free all week, starting with Post For A Post Day on 18th September 2017.

Users can receive the free next day delivery by using the code: PFAP at the checkout. For further information visit: ipostparcels.com/parcel-delivery/post-for-a-post

Post For A Post Day is just the beginning of ipostparcels’ commitment to encourage Brits to spend less time communicating via their phones and send more handwritten letters and parcels to surprise and delight loved ones.

ipostparcels is a parcel provider, powered by UK Mail, part of DHL. The company offers fast and affordable, next day parcel delivery services for consumers across the UK and Ireland and also ships internationally to over 160 countries worldwide. ipostparcels.com is the perfect delivery solution for small businesses, eBay power sellers and one off senders, sending parcels to loved ones.