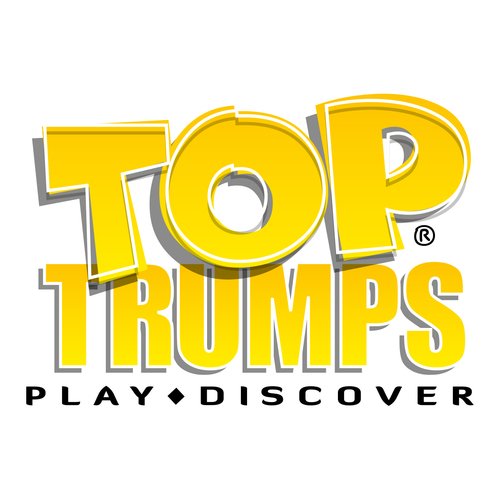 TOP TRUMPS is the classic card game that's been delighting kids big and small since the 1970s. Now it's going back to its roots with a retro collection, remaking six Top Trumps classics, which come presented in a newly designed cassette-style case for a truly authentic retro game experience.

Bringing all the nostalgia are Crazy Cars, Exotic Cars, Fantasy, Horror and Today’s Strikers, revealing key facts and figures such as which 90s sport car was the fastest, what 70s b-movie creature has the highest Horror rating and how many international goals your favourite striker had in 1992!

For retro car fans, there’s Crazy Cars, showcasing all original artwork of the like of the Midnight Shocker, Porsche 917 Le Mans and the Plymouth Super Stock. Continuing the four-wheel theme is Exotic Sports Cars, which brings back the excitement of the TVR V8S, Lamborghini Diablo, Jaguar XJ220 and more.

Way before Games of Thrones, those who love to immerse themselves into the world of mythology indulged their imagination with Fantasy Top Trumps. Now it’s back and is filled with popular fantasy characters such as Ogre, Firedrake and Wizard.

Bringing a fright fest to Top Trumps lovers is not one but two editions of Horror Retro, which reign down fear with frightening figures such as The Thing, The Gorgon, Dracula, Living Gargoyle, The Beast and The Mummy across the two packs.

There’d be no Retro Top Trumps without a football edition and Today’s Strikers delivers the nation’s favourite game vintage card style, with popular 90s players such as Ian Wright, Peter Beardsley and Ally McCoist appearing in the pack.

Retro Top Trumps are priced at £4.99 RRP each, and are available at all good toy and book stores. To view the full Top Trumps range visit www.winningmoves.co.uk


EDITOR’S NOTES
Top Trumps is the classic trumps card game that's been known and loved since the 1970s, combining play and discovery for children of all ages. In 1999, Top Trumps was re-discovered in the dusty archives of the world’s biggest games company, Hasbro, and brought back to life by Tom Liddell and the team at Winning Moves. Since then over 80 million packs have been sold worldwide, and the game now features top characters from Disney, Marvel Comics, Harry Potter and Star Wars.