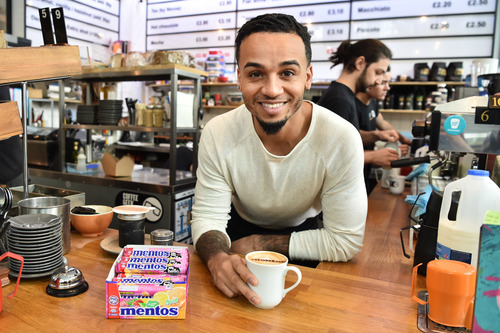 It seems our busy day-to-day lives leave little time for courtesy, with 60 per cent of Brits admitting they frequently forget to greet someone with a hello.

A further three in ten admit they rarely say thank you when they should, while 24 per cent never say please.

Even the term ‘goodbye’ seems a difficult one for people to master, with one in five saying they often finish a phone call without any pleasantries.

Three in ten Brits admitted they wished they had better manners, and 85 per cent of Brits admit they felt hurt and disrespected by frequent failures of courtesy.

A spokesperson for Mentos, who commissioned the research in line with the launch of the new Mentos ‘Say Hello’ mint and fruit rolls, said: “When we’re busy, or engrossed in our phones, we can often let our good manners slip – but we should all make the effort to be polite and say hello. Mentos gives you the opportunity to say more than just hello, simply by offering one.”

With 19 per cent of the nation forgetting to thank strangers for holding a door open, seven in ten will respond with a sarcastic “You’re welcome” for this lack of gratitude.

Despite being a nation of bad-mannered Brits, we still receive a number passing pleasantries from others.

Supermarket cashiers greet Brits with the most “hellos”, followed by coffee shop staff and receptionists.

We may not always be the ones to initiate the hello, but 69 per cent say they will respond to polite small talk.

Signs of good manners include listening well, offering guests a first choice and elbows off the table.

Over half the nation agree good manners include offering a tea round when making one for yourself and not reaching over others at the dinner table.

Seven in ten agree people are less polite now than they were ten years ago with six in ten admitting they struggle to initiate a conversation or say “hello”.


More than half put this down to being shy and 22 per cent blame others for coming across as “rude”.

And sometimes all it takes is a simple “hello”, with 22 per cent of Brits saying they have made a good friend from speaking to someone in a queue or coffee shop.

Just over one in ten are seeking advice on ways to speak to and meet new people.

Where over half will ask family and friends for advice and just over one third will join clubs or hobbies.

And 11 per cent will use apps and websites that connect people in search of new friendships.

A spokesperson for Mentos adds: “At Mentos, we actively encourage people to step out of their comfort zones and make connections with new people, so we launched this research to tie in to World Hello Day (21st November).

“Offering a Mentos sweet can certainly help to break the ice – and our new ‘Say hello’ mint and fruit Mentos offer fun challenges for different ways to say hello or simply connect and have fun with others – from a simple smile to a dance off, there’s 34 different ideas!

“Friendships have been forged after striking up spontaneous conversations – it’s worth making the effort to say hi, you might be surprised at the outcome!”

1. Opening doors for people
2. Listening well
3. Showing patience
4. Always saying hello
5. Giving up your seat on public transport for someone more needy
6. Not interrupting someone who is talking
7. Always saying goodbye
8. Covering your mouth when you cough or sneeze
9. Knocking before entering
10. Helping someone with their luggage
11. Chewing with your mouth closed
12. Thanking someone for their hospitality
13. Putting your phone away in company
14. Saying 'excuse me' to get someone's attention
15. Offering someone a drink when they arrive to visit you
16. Saying 'pardon' when you don't hear someone properly
17. Saying goodbye before hanging up the phone
18. Asking permission
19. Offering to make others a cup of tea when you're making yourself one
20. Helping a parent with a pushchair up and down stairs


About Mentos
See more from the Mentos brand on its YouTube channel: https://www.youtube.com/user/mentos

Mentos candy is the number two candy brand in the world. First produced in the Netherlands in 1948, it is currently sold in more than 130 countries worldwide by the Perfetti Van Melle Corporation. Mentos now has four million UK consumers, selling close to 100 million rolls a year.
www.Mentos.co.uk / facebook.com/mentos